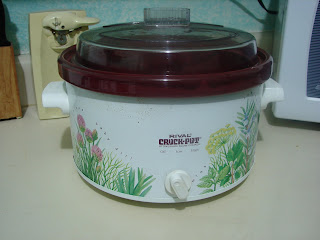 this is my crock pot. ah love it! slow cookin is a sure way to make a tasty dish. season the pot well, and the result would be succulent, tasty meals like nothing else. so i took it down to deal with a matter of beefy proportions. 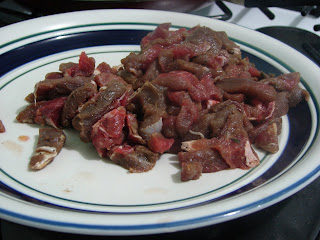 i took out some seasoned beef cubes and cut them into thinner pieces. 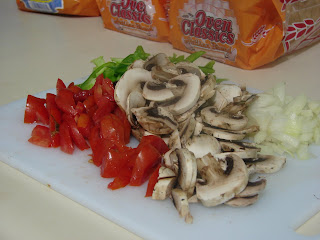 while i was in a choppy mode, i cut up some onion, sweet pepper, mushroom and tomato too. 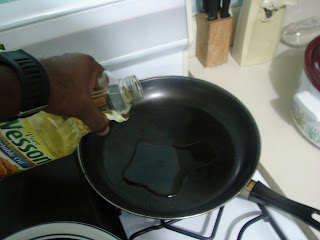 then i put a little vegetable oil in a frying pan. this was a little too much, so i had to pour out the excess. well turnin pot and taking pics at the same time isn’t easy. 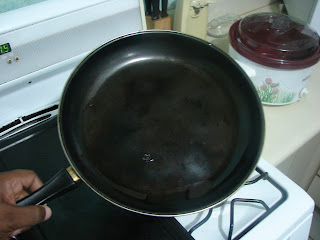 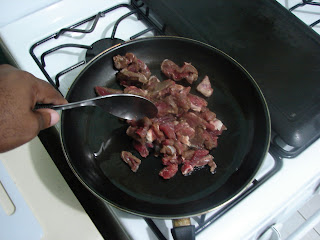 next i put the beef into the frying pan to give it a little colour and to open up some flavours. 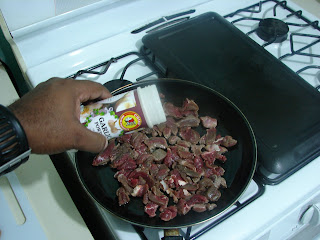 one such flavour, garlic powder. 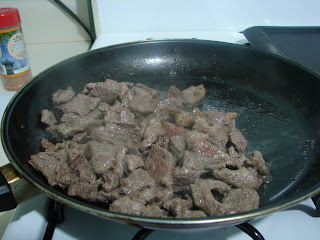 right. browned and coated nicely with the garlic powder. 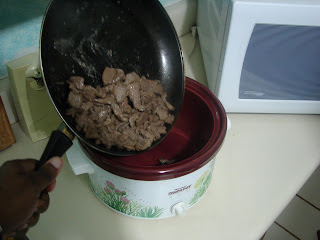 time to drop it into the crock pot. from the time i add the first ingredient, i switch the pot on. can’t say that that’s how it is supposed to be, but it’s what i do and it works for me. 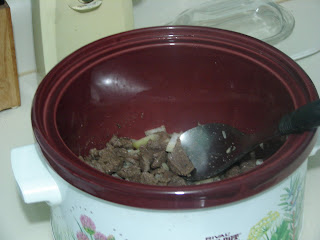 added some onions to it. i put the onions in for the long haul so they would break down into the sauce. 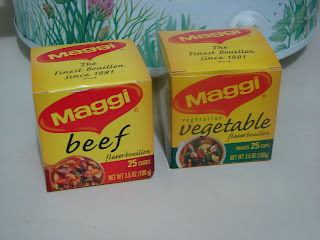 oh ho… sauce. to start it, i reached for my trusty maggie cubes. two beef and two vegetable cubes. 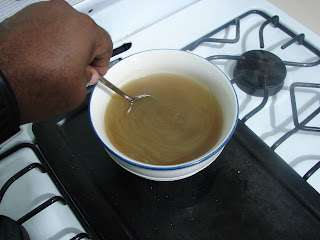 dissolved them in hot water and made a broth. 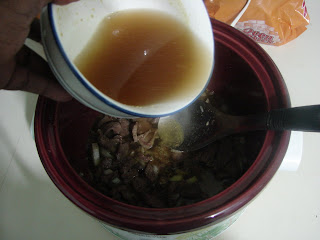 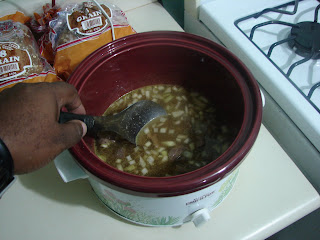 then i gave it a quick stir… i don’t know why. it just seemed like a chef-like thing to do. 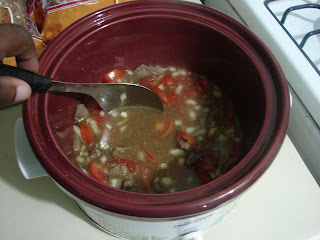 i put in the tomato early too, so they could lend their qualities to the sauce as well. 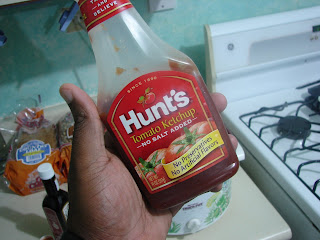 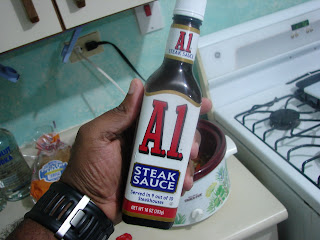 a1 sauce adds a nice flavour to meats. 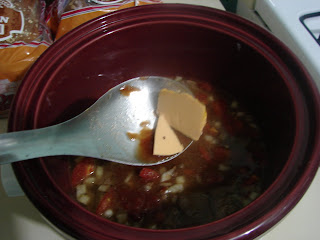 and yuh know the drill. “if yuh don’t have golden ray, boil an egg or something.” a little cooking butter for that rich creole flavour. 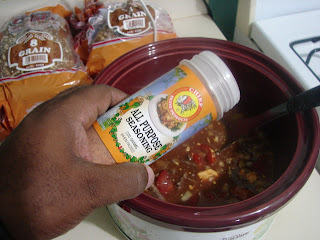 just a dash of all purpose. 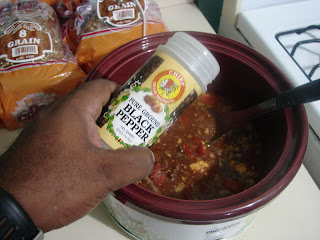 a shake of black pepper. 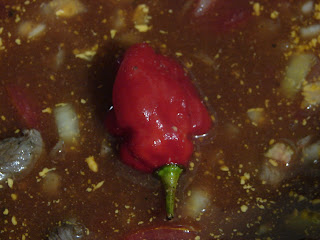 then the pepper was planted. no doubt he’s going to pop in there and help make it spicy. 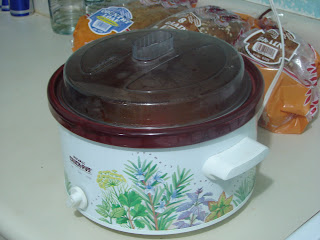 time to cover up and forget it for a while. the crock pot has a low and a high setting. you can actually put something on, put it on low, go to work and leave it to bubble. then get home just in time to turn it off, dish it out and eat. you can also put it on at night, go to sleep, then wake up to some tasty cooked food. this time around, i put it on the high setting, which would bubble for 3 hours or so. 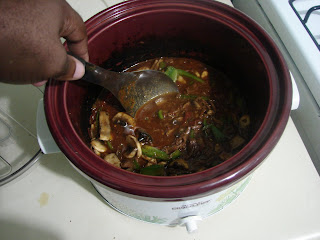 two and a half hours later, the pot was approaching completion. it was time to add the sweet peppers and mushrooms in. 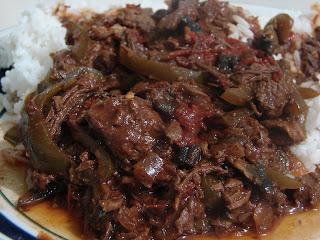 end result, succulent beef which went nice on a bed of jasmine rice. instant thumbs up from the curious mouth. 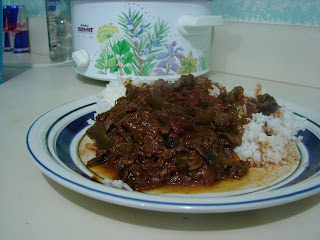 bottom line, get a slow cooker. it’s well worth it.