i probably ate it about twice… saw it cooked a couple of times on food network etc… but i never cooked a lobster up until now. aye! no biggy. i just thought of it as a really big expensive crab… kinda. when i bought it, they cleaned it and cut it up into 3 parts. the head was split in two and they left the tail whole. so i made a lobster broth with one side of the head as recommended by a Chinese breddrin of mine. salty with some lemon grass and lots of onion. the leg meat came out easily and was substantially more worthwhile than crab legs. i have the other side of the head that i would like to buss a curry with as recommended by the lobster man, ducky. i also took ducky’s recommendation to bake the tail, but of course i had to try a ting… 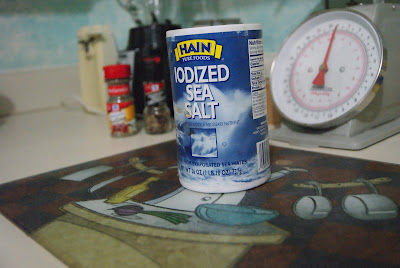 it started fairly simple with some salt, 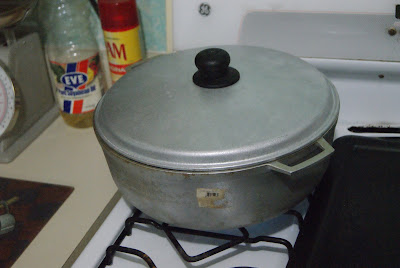 a pot of boiling water 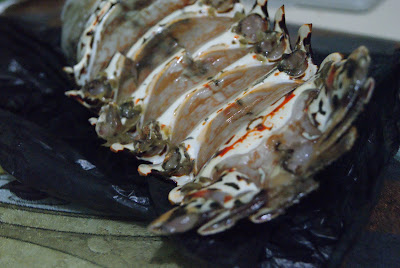 and a lobster tail. 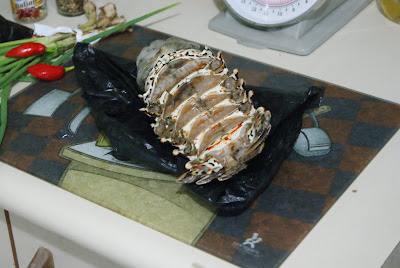 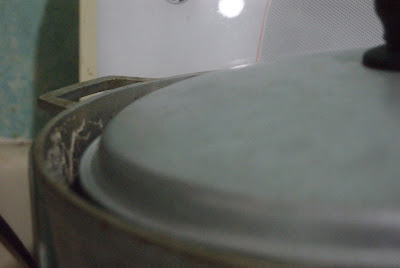 i popped it in the water and cracked the lid a bit so the water wouldn’t bubble over. now i heard it doesn’t need much bubblin. 12 to 15 minutes according to the size of the lobster. 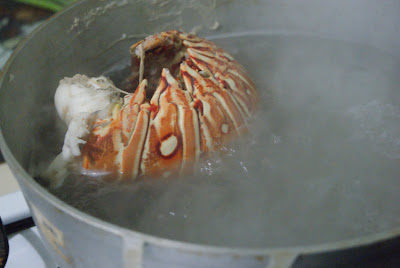 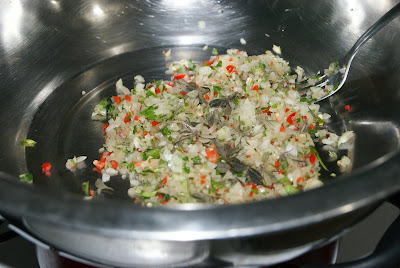 next, i minced up some onions, thyme, celery, parsley and pimiento. 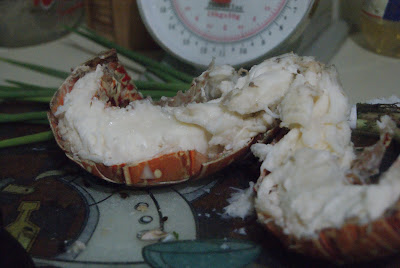 split the tail in two 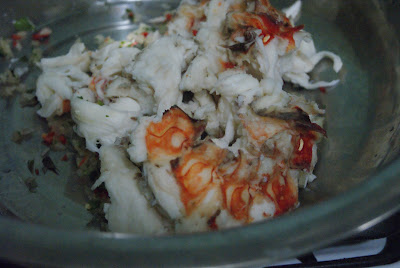 and took out the meat. these are the shells that remained, safely put aside for later. 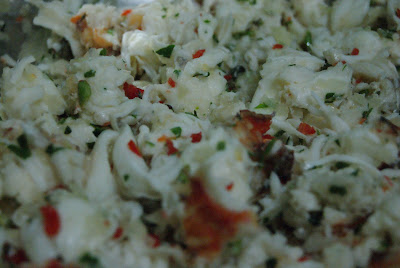 i shredded up the meat just a little. still wanted it to be chunky, but small chunks as opposed to the big clumps of meat that came out the shell. then i mixed it with the diced seasoning. nice and colourful. time for the shells to come back out and become the vessels for the seasoned mixture. i ground some of that peppercorn medley over the top of them and put them in a baking tray. well, here’s where things start getting a bit crazy for most. 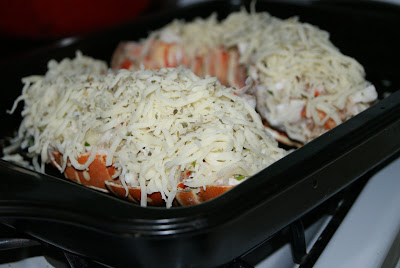 yes that is cheese. it was in my head and i decided to try it. i saw cheese on lobster online and on tv before. plus i thought it would rhyme with the peppers and the onions. so after topping it with shredded mozzarella and sprinkling some italian seasoning over the cheese, i put the pieces in the oven to bake for the remainder of the 15 minutes. so that’s the 15 minutes total + click start + programs + accessories + calculator – the 7 minutes that we already boiled it for equals… until we find it looks about ready. 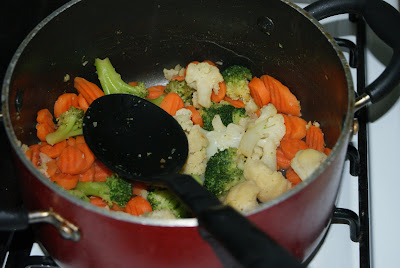 while i waited, i decided to run some veggies through some cooking spray 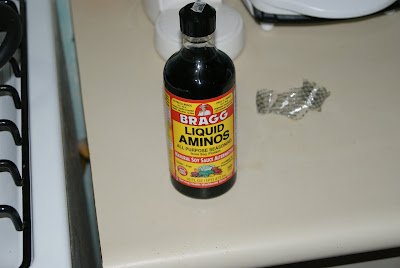 seasoned them up just a bit with some cracked black peppercorns, a little lemon pepper and some aminos. 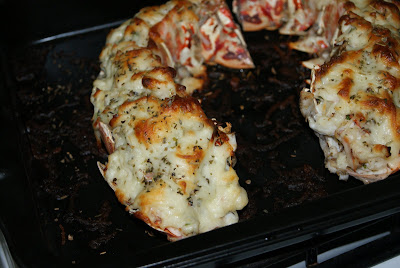 about 8 minutes after (yes he can count.) i switched the fire to the top to brown the cheese a bit so that the tails could fit the mental picture i had. 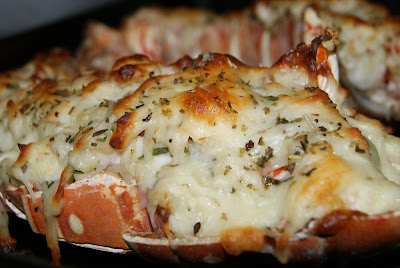 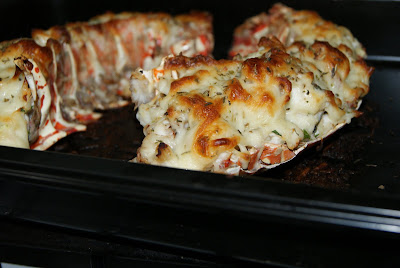 and it looked pretty good too. 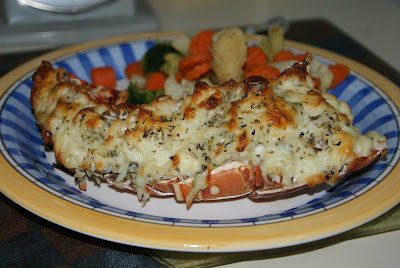 i put it on a plate with a couple spoons of veggies, just in time for diners, drive ins and dives on food network. not a bad show to look at when you have something nice to eat right in front of you. the cheese worked. i actually enjoyed the bites that had cheese a lot. next time, i’ll try it with the conventional garlic sauce or some sorta herb butter dip, but this time, it was all about the fun. but ducky will be seeing me very soon.