for years, sunday has been a real wild card day. i hardly ever make plans for a sunday. why? because it’s just one of those days that you leave free to kick back and relax… or make a spur of the moment run to buy seafood in some part of the island you’ve never been before. so on this given sunday, when muh boy stevie (you’ll see him in a little) said “leh we go mayaro an get some lobster nah?” my only thought was “ah wonder if the camera battery charge up boy?” i’ve never made lobster and i’ve actually only had it once. count me in. lets go. 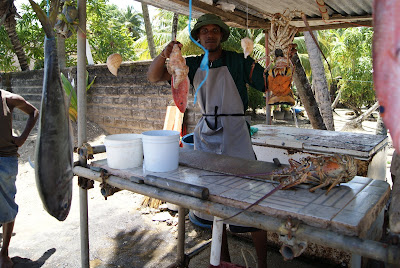 our journey landed us up at ducky’s fish mart in mayaro. cool dude that ducky. just what you’d expect. knowledgeable about anything that dwells beneath the surface. considering the amount of people that stopped by or called out to him, he probably knows a lot about things above sea level too. 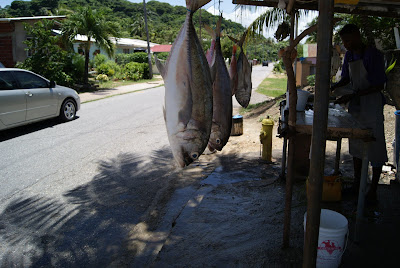 anyway, there was fish. we didn’t get there early (this was about mid day) so the selection for us was a little limited. fish goes fast in these parts it seems. 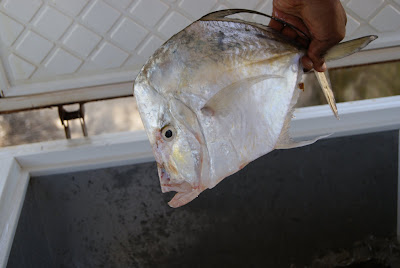 i saw a moonshine for the first time. looks like it would be a nice fish for a broth. 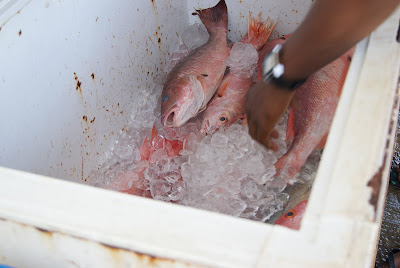 the red snappers however were more our interest today. 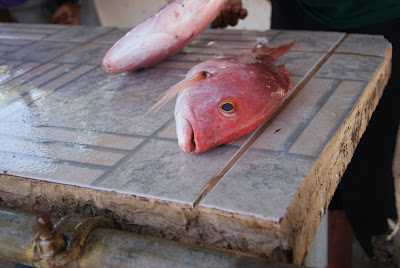 nice fish indeed. nice to steam or to stuff with some seasoning and veggies and bake whole. 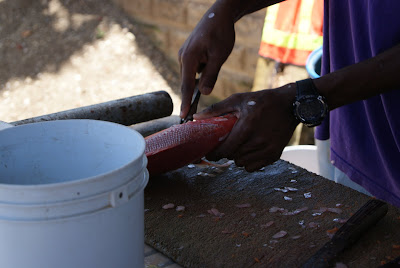 they cleaned them up nicely. did it in a nice fillet style. just to season up and apply heat in whatever format. (let me know how that works out dawi.) 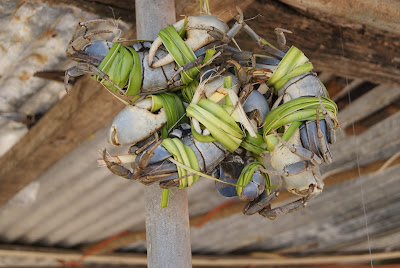 of course crab would be in de dance too. nice big blue crabs. the kind with the big legs that make doing the work worth it. 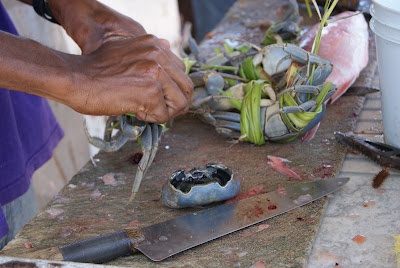 once i killed and cleaned crab for a crab and dumpling lime with some friends and vowed NEVER to do that again. we spent hours cracking the backs and cutting up etc. i’m talking about hundreds of dollars worth of crab. 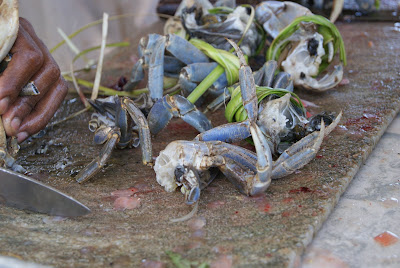 anybody doing that for me is good in my books. not that a lot of crab vendors don’t do it, but i’m just sayin. i appreciate it every time. 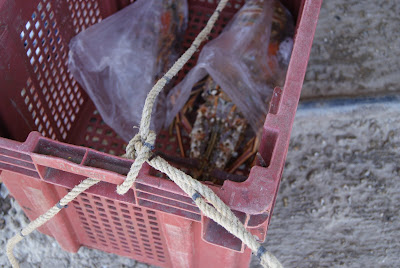 but even my beloved crab wasn’t what i was about today. this is what i was thinking about. 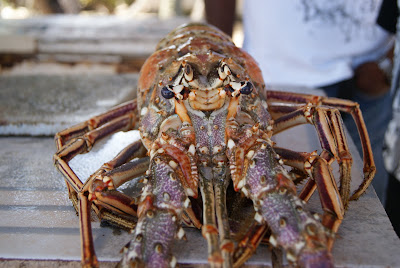 lobster. kinda creepy looking thing when you scope it out actually. 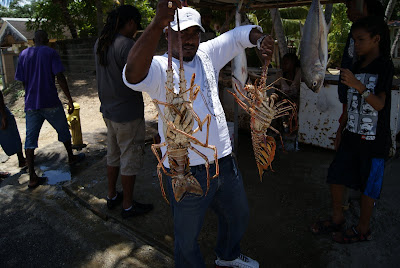 these lobsters were huge. i mean, i’m no pro when it comes to these sea bachacs, but lining up the size of these to what i’ve seen people serving in restaurants and on tv and stuff, these were big. (oh, that’s stevie holding up the critters by the way.) 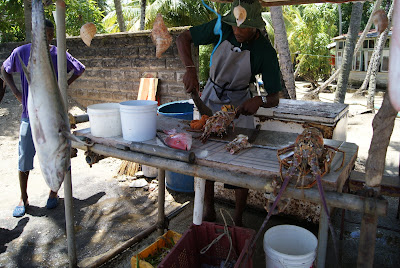 well after selecting one, ducky made light work of skillfully breaking it down. 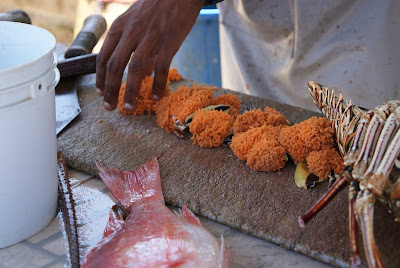 actually, he selected the one with the eggs. yup, lobster eggs. apparently, these coveted spongy looking things are great when blended into a punch. peanut punch was the recommended flavour. supposed to put de lead in yuh pencil if yuh know what ah mean. 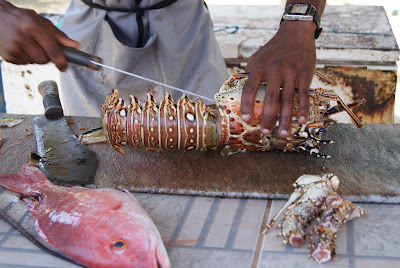 but as we all know, de meat is in de tail. and this one had real tail. 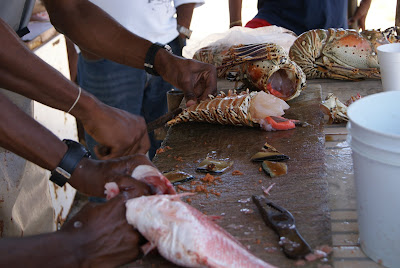 the tail was as big as one of the snappers. probably bigger actually. you have to know what you’re doing i guess. in no time ducky stripped out all the undesirable intestines and other stuff and had the tail ready to rock and roll. 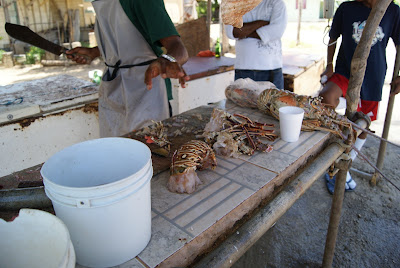 the break down in the end. ducky recommended that the tail is good enough for a proper dinner. “feel free to spark up two candles… yuh might even want dem scented an all.” the head, which he cut up into a lot of small pieces he said is nice to curry with heavy coconut milk. i also heard that the head parts make a good broth too. i have enough to try them both actually. 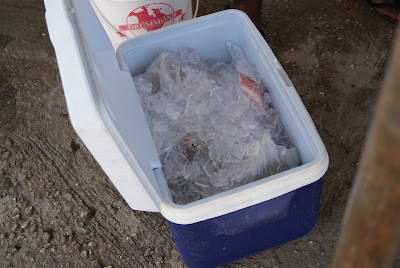 well, all in all, a fun filled day of fishy adventures resulting in a full cooler of stuff to bubble. exactly what i intend to do. i predict a fishy week ahead.