Goodfellas Pizzat (Pizza) - A Blast From The Past

If you know me, you know I really love making and eating pizza. There’s something about a thin but chewy crust with a little char on it for character. Topped with a simple but delicious layer of tomato sauce. A good stretchy and stringy mozzarella cheese and sporadic fresh basil. That combination in all its simplicity is one of life’s greatest pleasures for me. But while my present love for pizza requires these “bougie” ingredients, the humble beginnings are responsible for my reverence for this dish.

Though I’ve mentioned Goodfellas Pizza many times in conversation, blog posts and interviews it still seems to come as a shock when I tell people that me and some friends sold pizza out of my mother’s kitchen in the 90s. 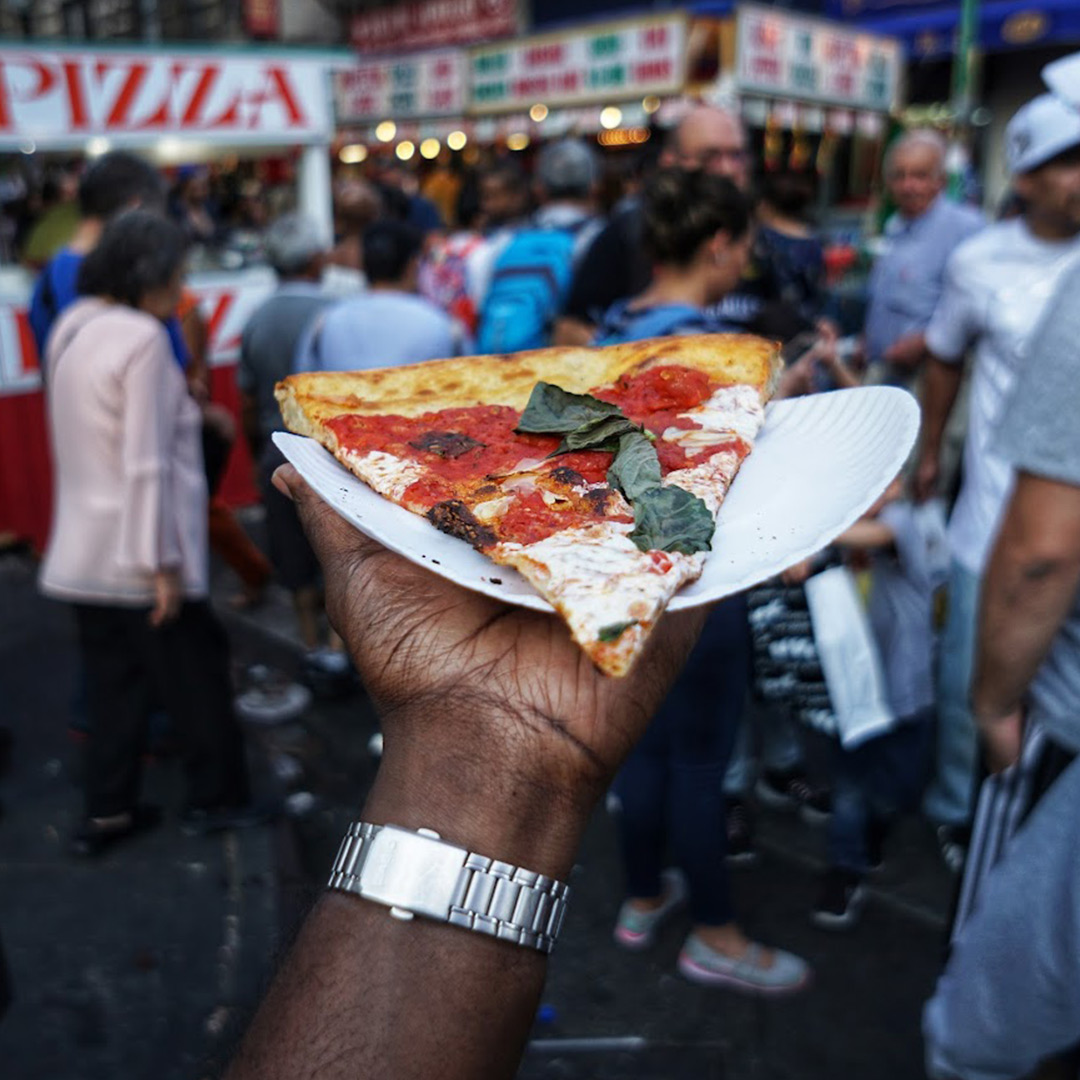 Goodfellas is the name of the pizza business that I started with my friends: Anthony, Makesi, Akil and Marlon. Back in the day a lot of our limes were just us sitting around talking shit, playing video games and bubbling something. Usually that something would be corned beef in a dollar bread. I can’t remember exactly how pizza became a thing in the lime but at some point it did. I do remember that it started in Mrs. McKnight’s kitchen which was Anthony’s home. We used to lime at Anthony’s house a lot. Mr. & Mrs. McKnight were always cool and always welcoming. I believe somewhere in between the shit talk and pizza, someone said it tasted so good that we should sell it.

At that time Coconut Drive/ Morvant was the home of breast bone and wings. There was a surge of entrepreneurship in the community where people with parlours and shopfronts would sell food on a weekend and we were excited to bring something different to the table.  We had no business plan or any idea how to run a food business. I think in our minds we were just going to do something we enjoyed doing together as friends and at the very least, try to break even doing it.

So, we started selling pizza by the slice to people in the neighbourhood. Marlon aka “Yogi” started off making the dough before Makesi joined the team. I made the sauce. Anthony would grate the cheese and cut up the other ingredients. Akil would do the sales. Shortly after we started Yogi got a job and wasnt able to make the dough so Makesi took over and he actually showed me how to knead dough.

The way my yard was setup made it ideal for business. People could walk straight up the driveway into my kitchen. So we setup a table blocking the entrance to the kitchen but the door always remained open. People could see the action happening in the kitchen while collecting or waiting on a slice.

We didn’t think anyone would want to buy a whole pizza, so we sold by the slice. Slices were served on sheets of grease proof paper. Our offerings were plain cheese, sausage, pineapple and the pineapple & sausage combo. The sausage was the most popular option at $2.50 per slice.

We setup a chalkboard on the sidewalk at the front of my house, mainly to signal when we were open. Little did we know that board would capture the attention of taxi drivers dropping off passengers on the street. And before you knew it, taxi drivers and people from other parts of Morvant were buying pizza. Some of them were even placing orders. So we started selling whole pizzas as well as slices. Hashtag “Organic Growth” 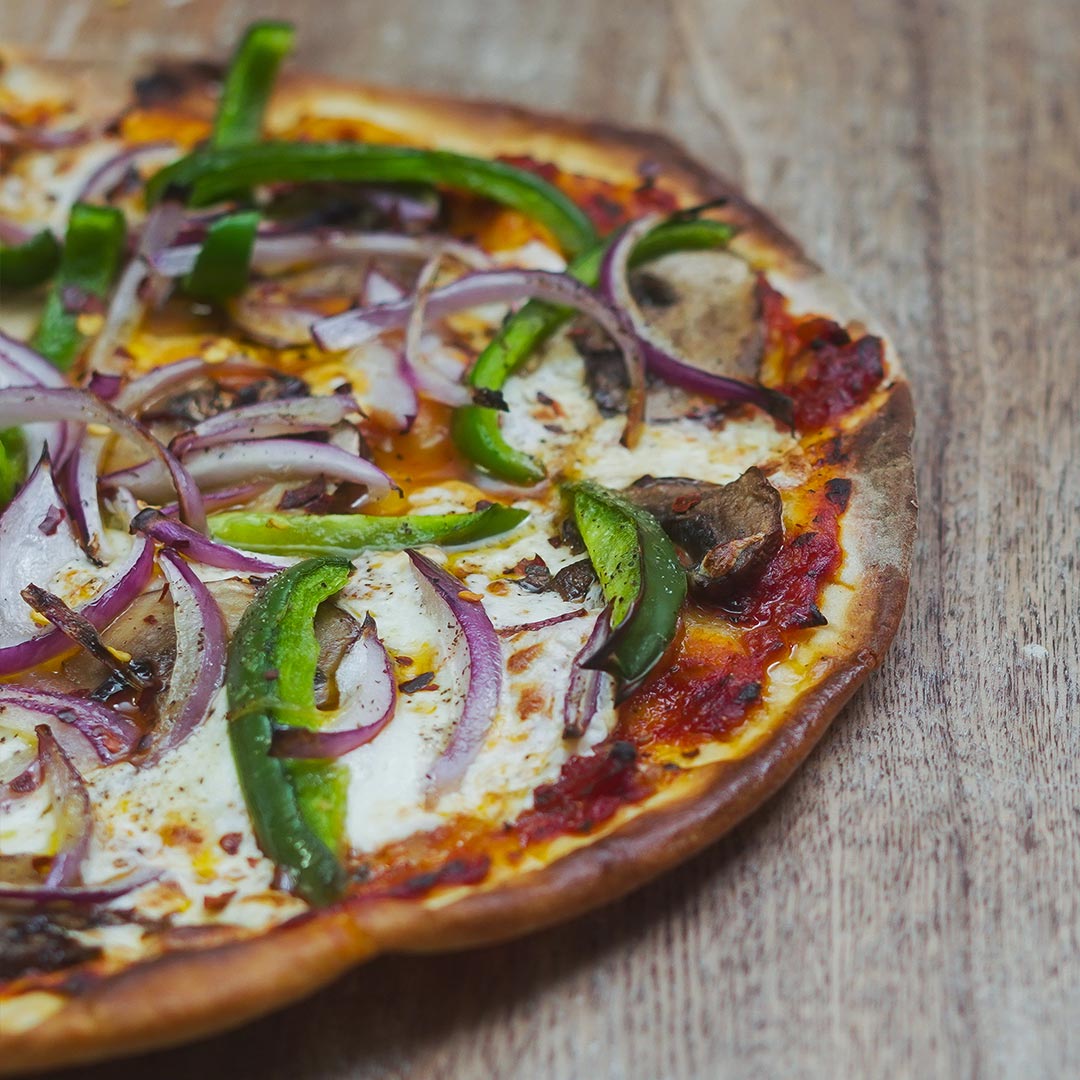 Goodfellas was a lime as much as it was a business. And like any good lime, we had regular characters that came to patronize. Three of the most notable characters were Nigel aka “Sweet Mouth” or “Boy Reid”,  Isaac aka “Peen” or “Cyat” and Quincy Cato.

Boy Reid would come with a big wad of cash every Friday and count it out in front of us, just to pull out two dollars to buy one plain cheese slice. He did this every single time. Count out about $200 in singles, fives and tens then pull out two dollar bills and say “lemme get…” then Akil would cut him off “yeah we know… a cheese”.

Every time Peen came for a slice we would ask him “wha yuh want” and he will always respond “pizza” (duh). Then we would be like “yeah we know… that is all we sell, what kind of pizza yuh want?”

The most legendary of them all was Quincy Cato. He would come and ask for “PizzaT” and as such, we no longer called it Pizza. It would be Pizzat or ‘Zat forever. So if you ever hear me saying “I feeling for a ‘Zat oui” know that I’m referring to pizza. 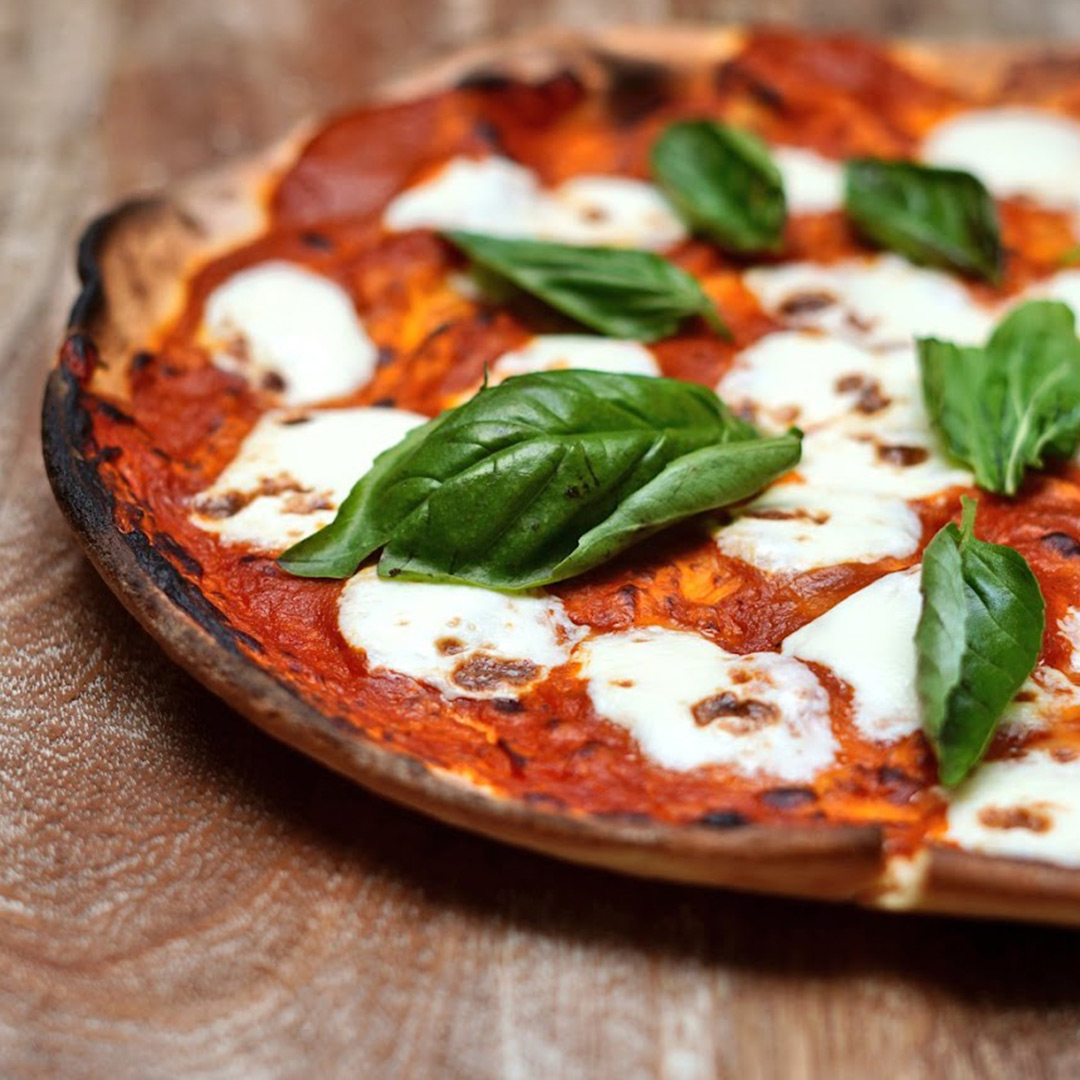 Starting this home grown business and running it with my friends taught me a lot. For one, I learned that I take work seriously. It was a fun atmosphere and we mostly kept things jovial in the kitchen. But things would get serious from time to time if any one person wasn’t performing their duties to a satisfactory level. I realized that I am big on autonomy. If I assume a role and responsibility within a group or organization I will do what needs to be done to deliver. That approach instilled a work ethic in me that helped me throughout my time spent as an employee and now as an entrepreneur.

Be ready to seize opportunity when it comes knocking. One of my biggest “what if?” moments was when Anthony Lee Kim aka “Charlie” of Anchor Cafe on Ariapita Avenue came to buy our pizza. He loved it so much that he offered to let us set up Goodfellas on The Avenue. Mind you, this was the late 90s and none of the restaurants or street food places that exists now was there back then. We would have literally been the first pizza joint on the strip. I can only imagine the trajectory our lives might have taken if we accepted his offer. Unfortunately we were young and scared of taking the business to the next level. I was the eldest in the group so I had a little less trepidation. Plus, I always wanted to be my own boss so this was perfect.

However, we weren’t all on board with the idea. Don’t get me wrong, we were all excited about it. But it’s hard to tell your parents that you not going to send out resumes and look for a job but start a pizza business instead. Not when you’re from Morvant and your parents want you to take the surest shots at success and financial stability. As the saying goes, “hindsight is 20/20”.

Now I am a “say yes and figure it out” type of person. Not that I would say yes to every opportunity that comes my way. Discernment is still paramount when running a business. But I am less risk averse than I was in the past. I somehow strive in chaos and hate to be too comfortable. Comfort can be a crutch and can actually stunt growth. So there are times when I will easily say “f**k it, we doing this” and have no clue how I am actually going to do it. Chances are I am resourceful enough to figure it out.

One last thing I learned is that the notion that “friend and business doh mix” or “family and business doh mix” is a lie. That is something people say to deter you from trying to build things within your community. Don’t believe that for one second. You can have strong friendships and have great business/work relationships with your friend and family. It won’t always be smooth sailing, you will have disagreements and falling-outs. But I rather have that with friends where I know I am committed to working things out in the long run because those relationships mean more to me than money. 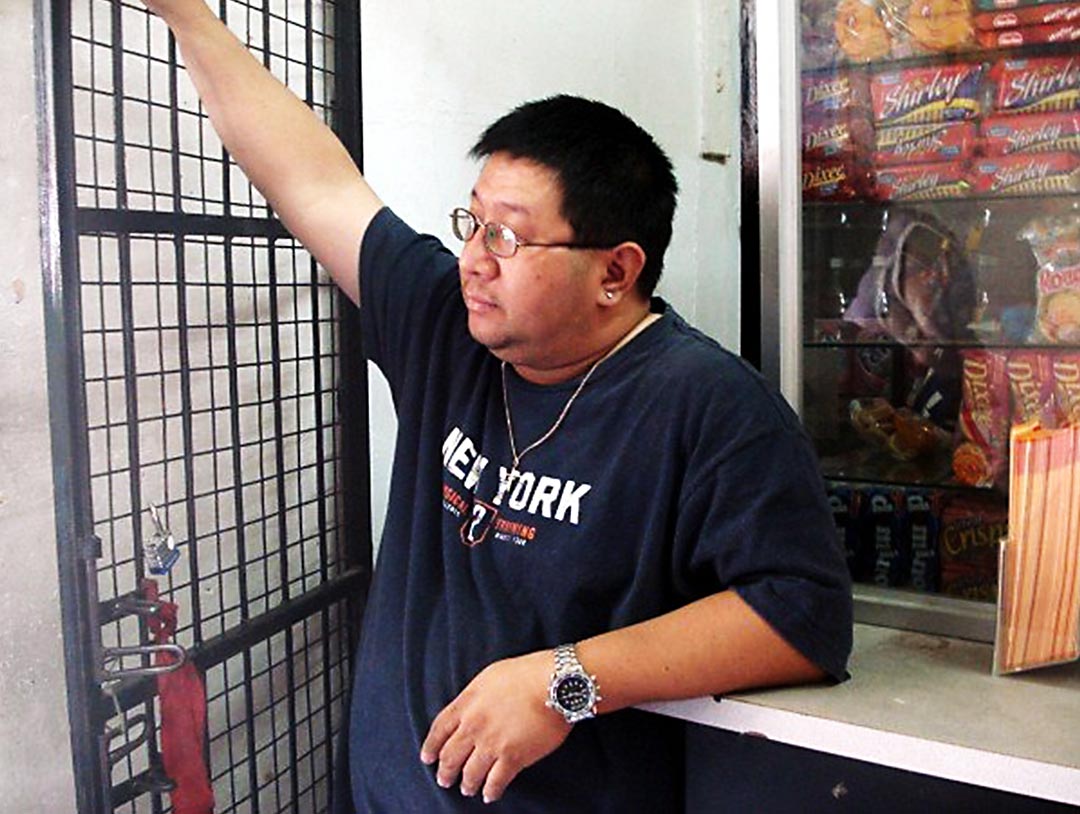 Will Goodfellas ever resurface?

This is a question we’ve been getting from childhood friends for over 25 years. Who knows what the future holds? Maybe it will happen, maybe it won’t. But for now the closest thing you can get to a Goodfellas pizza is following my “Gourmet Style Pizza Recipe” on our YouTube Channel.

Shout out to my bredrens Makesi, Anthony & Akil. Rest in Peace to Marlon aka Yogi. Many thanks to everyone who supported Goodfellas. To our parents, Sweet Mout, Isaac, Cato, Frame, Canute, Chavionne, Safiya, Ms. Johnson (who bought us our pizza peel and pizza stone), Ms. Martha, Gailann, Barry “Tramp”, Teeths, Coker, Gelda, DePeaza, Samstone,. Makeisha, Charlie, Akhi, Fresh Cut Supermarket (for putting us on game and selling us cheese at wholesale prices). Everyone in Marigold, Chrysanthemum & Petunia and everyone else who came, bought a slice or a box and limed with us…. Blessings! 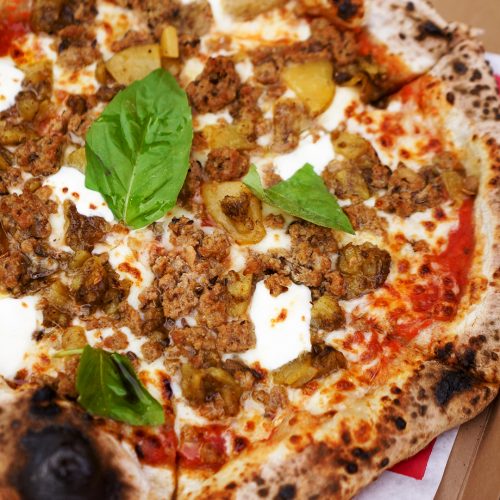 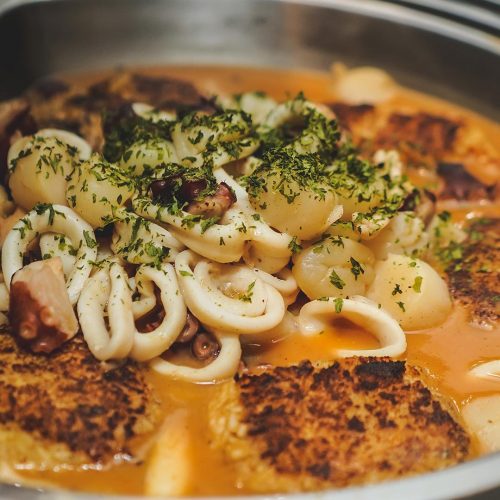 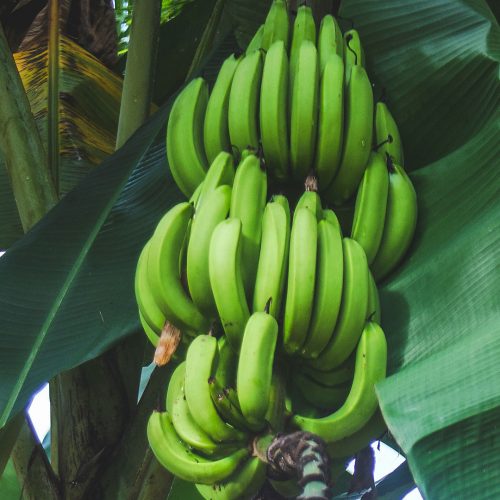 Alternative Flour Is Not The Answer