Five Fingers also known as Star Fruit and Carambola is a popular local fruit that we seldom use in our cuisine. This Asian inspired Five Finger Lickin Chicken is a must try! The recipe features five fingers in a savory application as opposed to a dessert, jam or beverage which are more common uses of the fruit.

Across the globe In Indonesia, Malaysia, Philippines, Vietnam and other parts of Southeast Asia where it is native, most people know it as Star fruit, and fairly obviously, because of its star shape when sliced. Check out our Decanted – Five Fingers blog post for more details on the fruit and its health benefits & uses. 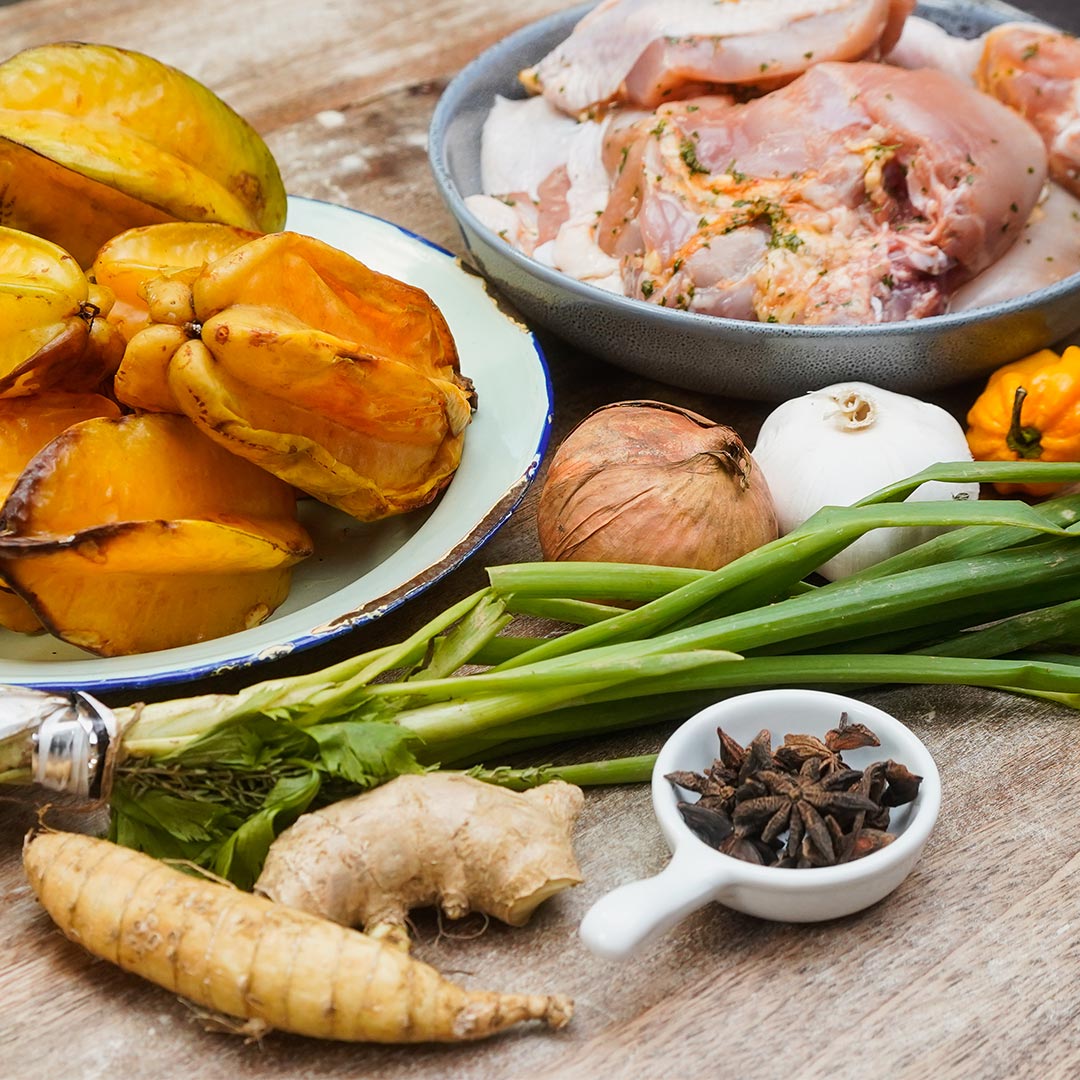 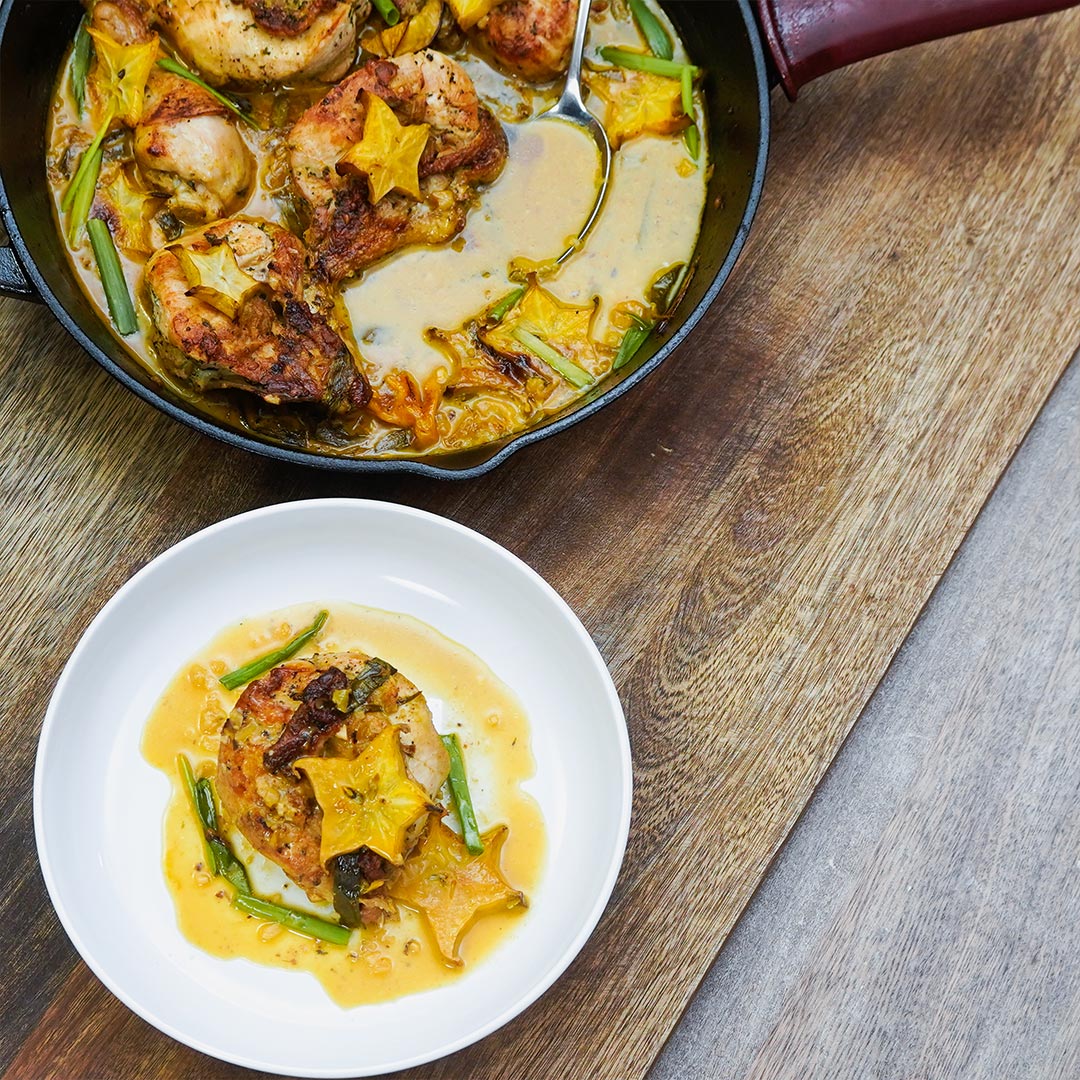 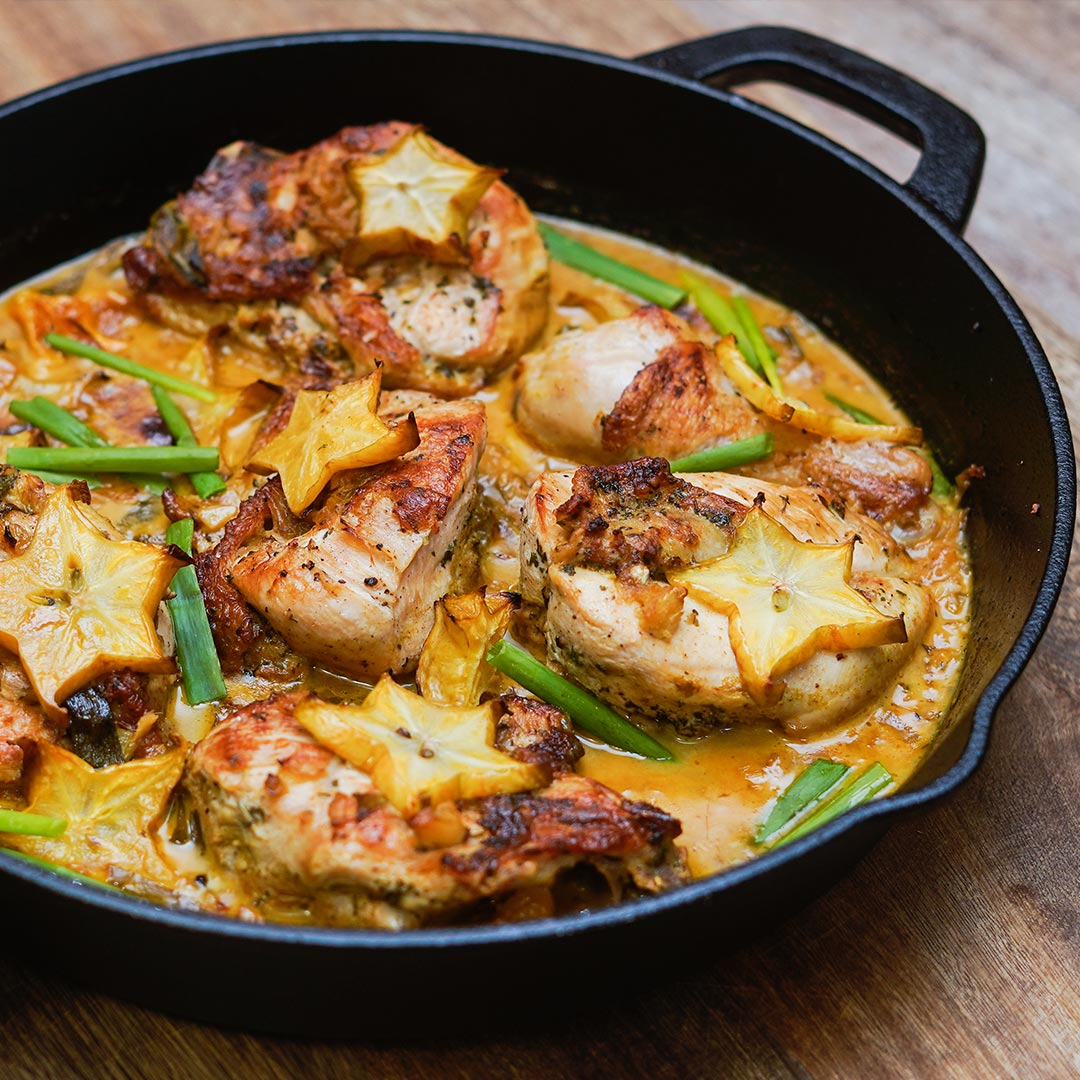