EatAhFood | THE SAUCE OF INSPIRATION

THE SAUCE OF INSPIRATION

tomorrow will make it one year since i promised to do a post with this title. i guess good things really come to those who wait, because this is the perfect post for it. during my mother’s birthday dinner at the normandie hotel, my father and i tasted a cranberry sauce that was quite nice. he called me on christmas eve and asked “what yuh say was in that cranberry sauce again?”. “i think i was tasting x and y if i had to guess.” was my response. (the ingredients shall remain nameless for now to maxmize impact later on) “yessssss! aight, ah gone.” he replied. little did i know he was in the middle of preparing everything already. when i arrived on christmas morning, the main stuff was already done, but guess what he was about to prepare? yup… the cranberry sauce. in other words, the source of my inspiration in the kitchen was in the kitchen preparing a sauce inspired by a sauce that inspired me to try cranberry sauce on my turkey for the first time ever. i thought it was ripe for a saucy entry.

so he started off by getting the two secret ingredients: 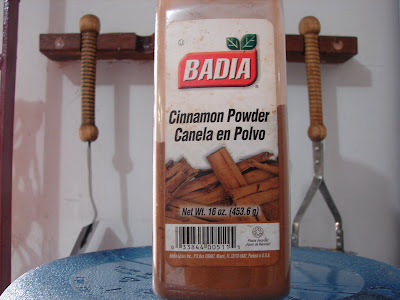 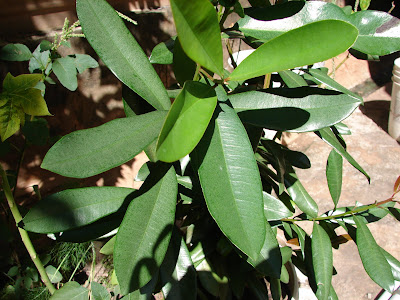 and bay leaf. now in these here parts, a lot of herbs and spices are picked fresh from the garden. bay leaf is no exception. can’t beat that with a bat. 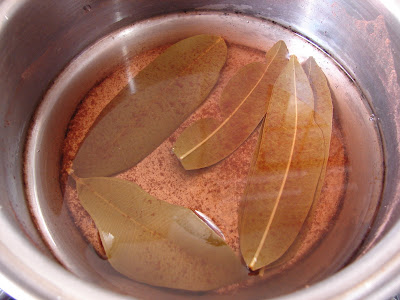 he put the spices in a sauce pan and added some water plus that hot fiyah. 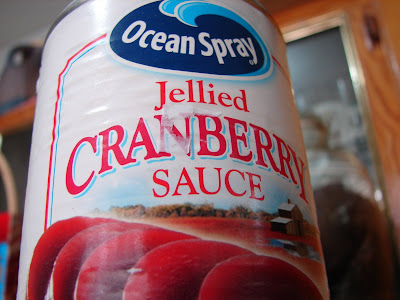 next, he got out some jellied cranberry sauce. we have this every year, but i never put it on my turkey. the jelly just isn’t my thing. 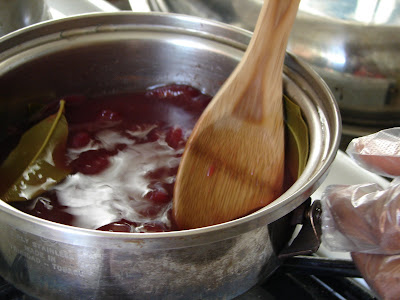 he mashed around the jelly with a wooden spoon while it took the heat. 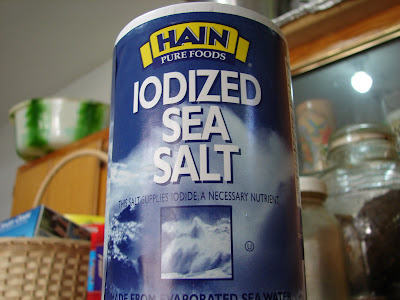 then he added a little salt to refine the taste. 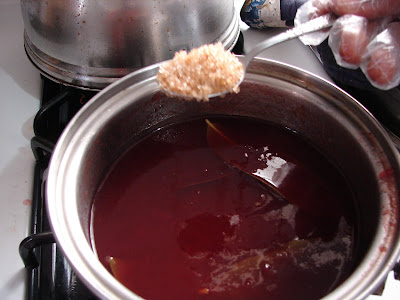 balanced out the flavours wth a little sugar. it thickened up nicely and had this sweet and spicy flavour that was reminicent of the sauce that inspired the effort. i had to try it on my turkey. 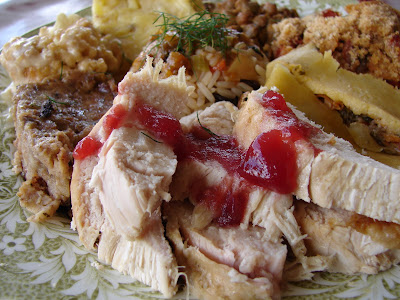 so i did. it worked. i don’t like a lot of sweet stuff, but this was just right. it played a good supporting role. 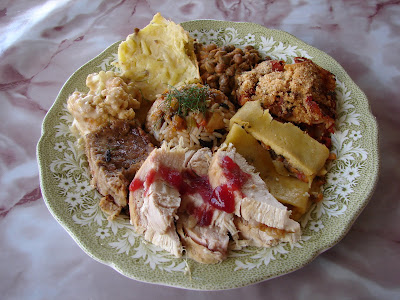 the cast was strong as usual: (going clockwise from the turkey at the bottom) minced beef and potato stuffing, cauliflower in white sauce, shepard’s pie, peas with coconut milk, vegetable lasagne, beef pastelle and a vegetable rice with carrot, pepper, celery, onion, chive, apple and raisins.

thanks to the sauce, the falvours changed up again this year and it was another meal worth remembering.