the first lime for the carnival ended up by ma. that’s dawi’s late grand mother’s pad. just a few friends, some food, some drinks and the soca monarch runnin’ in the background for ambiance. the menu was bess… geera chicken breast (because if you know dawi, you would know he only eats chicken breast), pigeon peas and my arch nemesis… dumplin. i love a good dumplin, but i cannot knead dough to save my life. that’s why i bought a bread maker, but that’s a different entry soon to come. 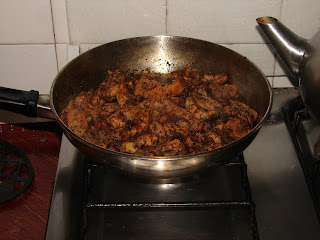 i had to get some flour and two bags of ice, at half eight on carnival friday night. needless to say, the chicken was done by the time i got there. hard luck dey. but i had no beef with the chicken. the dumplin was who i was out for that night. 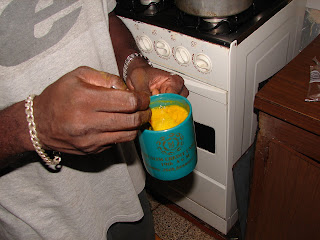 anyway, dawi is a peas man. he love him some peas. for this particular meal, he went the curry route. done with his mix of curry, saffron, salt and water. 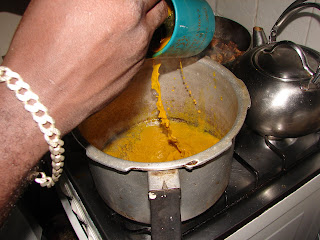 into the pot it went with some oil. 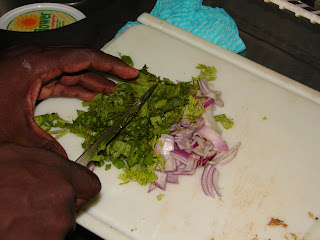 a rough chop went down on some onion and celery. 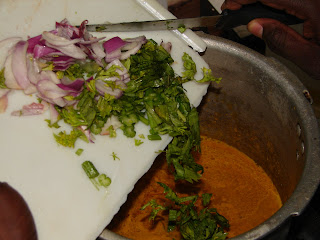 then they went into the curry. 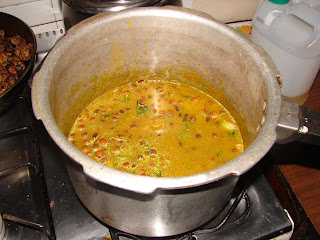 he put in the peas next. 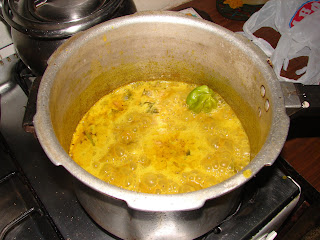 and the pepper was the last to go into the pot before he covered it and left it to simmer. 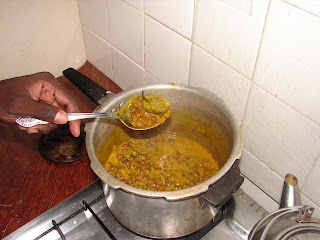 as is the case with all good pots on a lime, the pepper just had to burst. 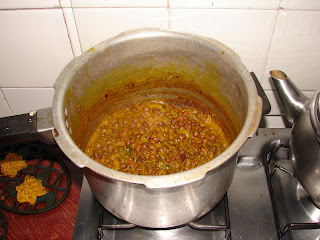 but it turned out well none the less. 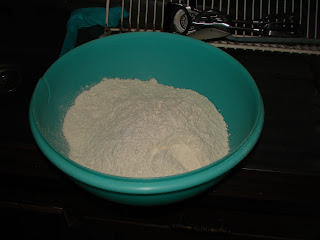 dumplin time! that started with a bowl of flour sprinkled with a little salt. 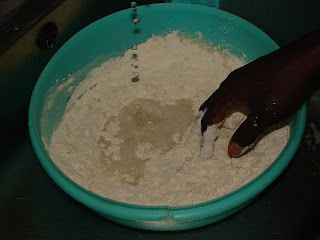 when he started to add the water, i saw the folly of my ways. he took his time and added the water a little at a time as he mixed it up. 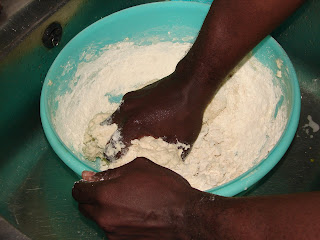 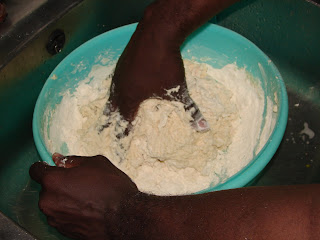 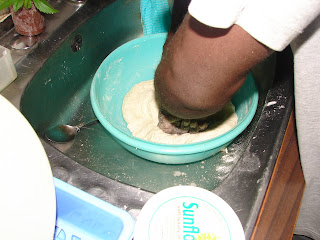 then he started to work it into a ball. 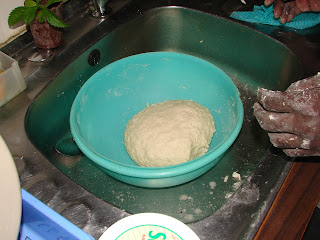 next thing you know, he had a ball of dough and i was thinking to myself: “why do i need this bread maker again?” 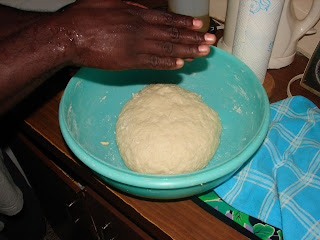 to shape the dumplins, he put just a little oil on his hands so the dough wouldn’t stick to them. another shortcoming of mine identified. 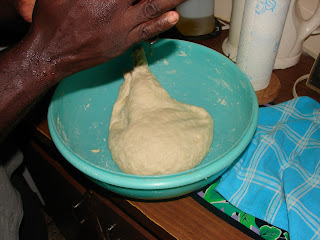 a hand full of dough does the trick. 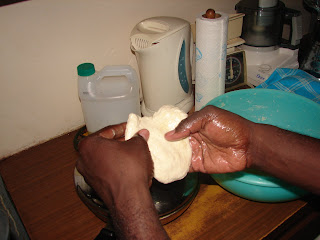 next step: shape into rounds with finger tips. 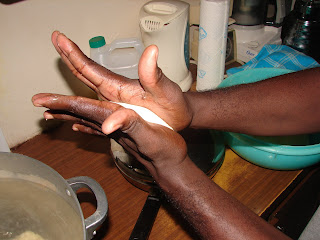 then he press the rounds flat between his palms. 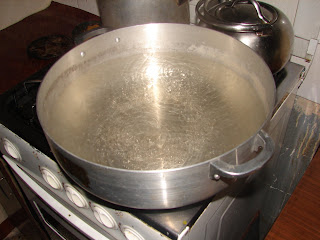 oh yeah… while all this was going on, he was bringing a pot of water to boil. but so fast was the kneading process, that we still had to wait for the water to boil. 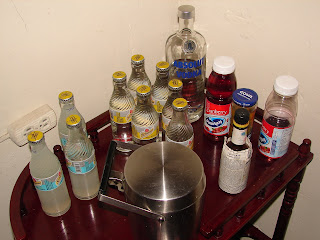 oh well… who say drinks to pass the time? 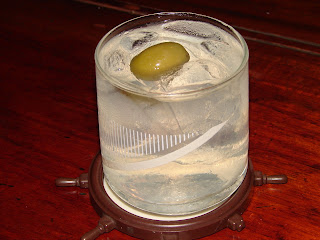 on recommendation, i had a vodka with bitter lemon, and an olive. not bad. 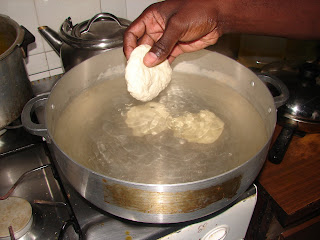 by about mid drink, it was time to drop in the dumplins. notice they fell to the bottom. when they’re done they would float to the top. i have no pictures of that, so you would have to take my word for it. 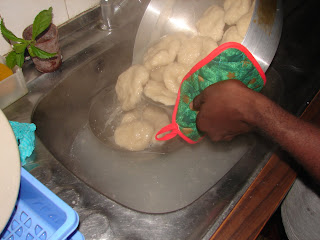 after taking the dumplins out of their hot bath, 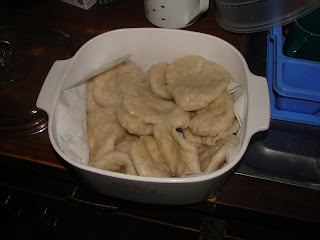 he transfered them to a dish, rang the chow bell and… 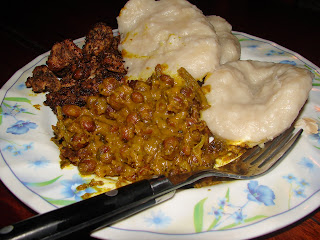