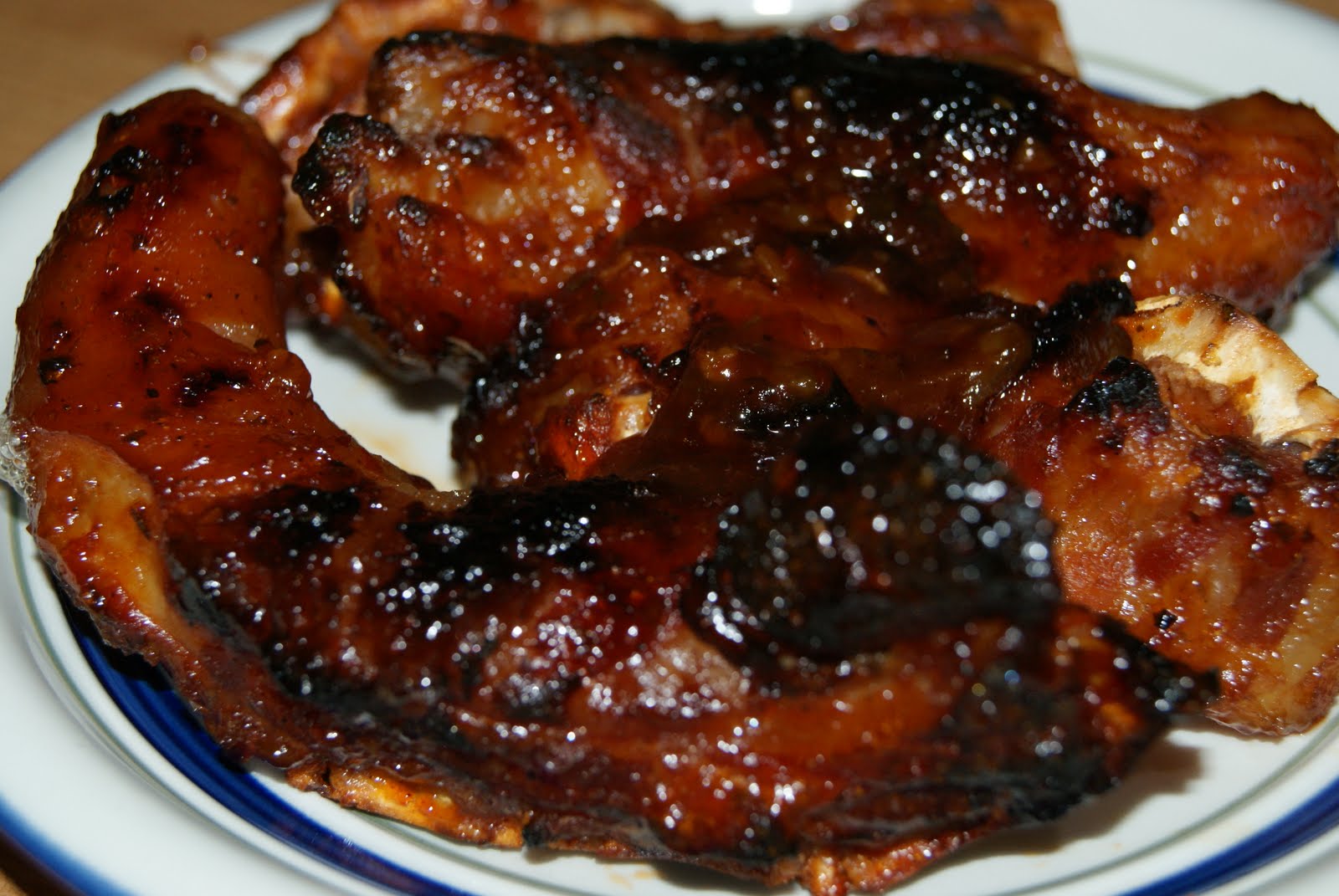 a few people told me that they come to the blog to get ideas when they aren’t too sure what too bubble. that’s cool. glad to be of service. me? i use my indecisiveness to try out something different. i documented this one to share so you have even less reason to flip a coin when you’re in that zone. well this one involves pigtail, so swine haters beware. this one is pure swine and nothing but the swine. bbq pigtail to be exact. something i sampled some years ago and can’t get enough of. until i made it myself that is. on this occasion, i wanted to see if it could be done minus the bbq pit. basically, i put some pig tail in the pressure cooker with some spice and let that bubble like soup. the object here is to get that salt out and try to infuse some additional flavour into the pigtail. while the pressure cooker was covered and doing its thing i started making a sauce. some sweet red chilli, jack daniel’s honey dijon… and some of this huge budwiser honey bbq that i got in pricemart. one of them impulse purchases that only manifests its insanity when you take it out of the car at home. “all this? but i don’t own a restaurant! why did i buy this again? oh… because i was in pricemart being bitten by the it’s-probably-cool-to-buy-this-massive-thing bug.” i put that in a pot with some sauteed garlic, onion, shadon beni, ginger, pimiento and thyme, then gave it a little heat for the flavours to come together. not too long after that came the end of round one for the pigtail. round one is usually about 20 minutes, designed to cut a lot of the salt out. pigtail is a salty thing. drained off that first water… and added some more then put the tails back under pressure. so at this point, there’s still a lil salt in it. not overpowering, but enough to let you know that you’re eating pigtail. i pressure mine to get it extra tender. that’s just a preference though. next move, into that sawse! then onto a baking tray. heavy on the sauce. i mean… the sawse! we’re just looking to get the sauce to darken up a bit to give it that bbq finish, so it doesn’t take that long. and a flip was necessary to get at the other sides. and boom. that was it. my quick fix oven bbq pigtail. i sacrificed that smoked goodness you get from coals and wood, but to be able to drop this down without wheeling out the grill is worth it to me.