so on my birthday, a friend of mine brought me some cassava. not as a gift. i ordered it before and it just happened to come then. now honestly, i don’t know all that much about cassava besides i like it, but it was fresh from her father’s estate, plus she said “it like butter q!”. so i was thinkin’ “this is some bess cassava!” i reasoned that this might be a nice time to try this cassava saute thing i’ve been thinking about. so i gathered up some ingredients and got to makin’ a quick ting. 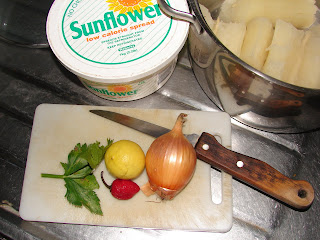 the usual suspects… onion, celery, a pepper, lime and some garlic. the garlic was late for the photo shoot. the cassava on the other hand arrived early, took off it’s brown suit and slipped into its pot of boiling water to get ready. 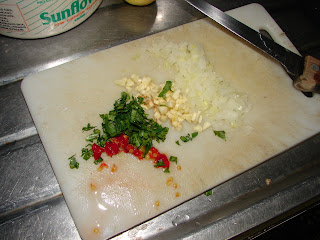 diced it all up. 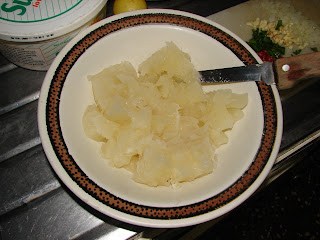 cut the cassava up too. 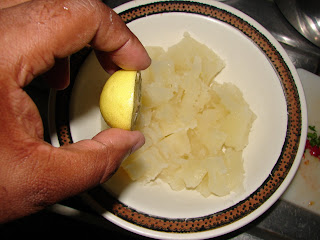 did i mention i like the zesty difference a lime makes in almost everything? fresh from the garden too!! 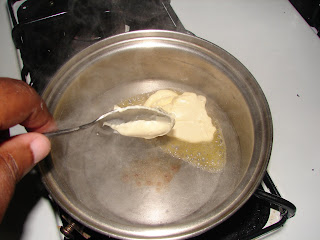 then i put a spoon of butter into a sauce pan. i just averaged how much it would take to coat the amount of cassava i was going to use. now because i know some readers are dependent on particular sound effects to make sure they get it right, TSSSSSSSSHHHH! is the sound you’re looking for here. 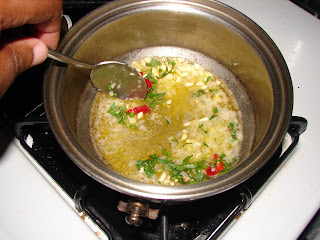 put in the seasoning with a little salt and some black pepper, and let them saute a little in the butter. 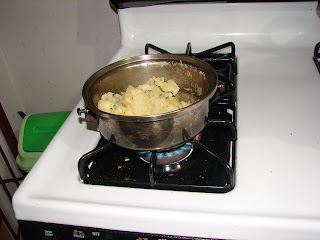 in goes the cassava, mixing it up to ensure the butter and the seasoning goes all through and through. didn’t leave it on too long to ensure that the cassava didn’t mash up totally. wanted it to be kinda chunky. 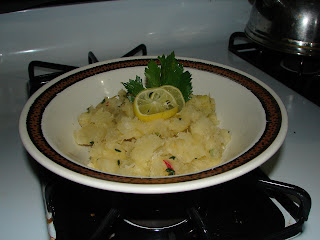 and daz it dey! cassava and then some.