this time around, the curious mouth decided to get into the action. the menu? something seafood. after considering the options, she decided to create some seafood sandwiches. that’s right up my alley. yuh boy love ah seafood too! (well ah know xen not of the seafood conviction, and dawi doh fren up with shrimp so this is entry all wrong for them. hard luck dey fellas. but for the rest of us…) 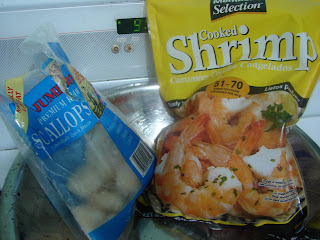 she got some shrimp and scallops at pricesmart (they’ve gone green by the way, so they don’t give out bags any more. you have to buy this re-usable blue bag which costs like $27 for four or something like that. or cary your own bags. or take the gamble and see if you get a box from them.) seasoned them up with some lime juice, a little green seasoning, salt, black pepper and such. while they sat in the seasoning, she prepared a little batter station. 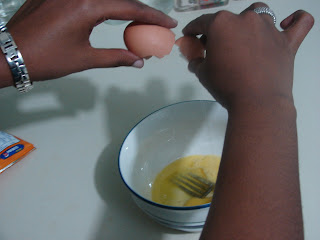 she cracked an egg in a bowl. 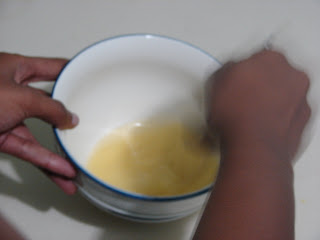 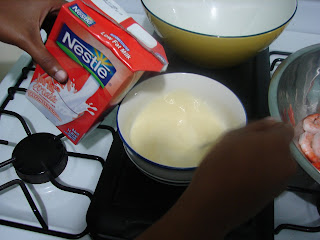 added some milk, and that was one stop. 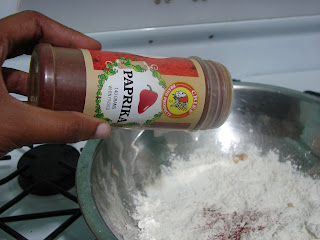 next, she seasoned up some flour with paprika… 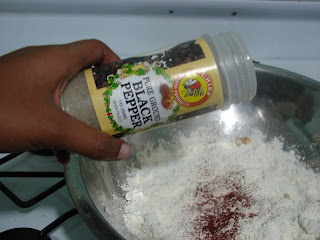 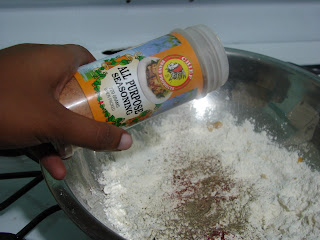 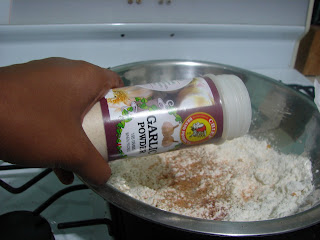 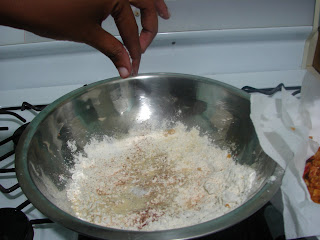 and some salt.
the next stop called for two things: 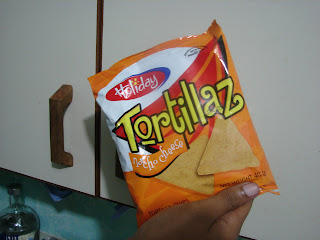 tortilla chips, inspired by dawi in a moment of culinary genius a while back, 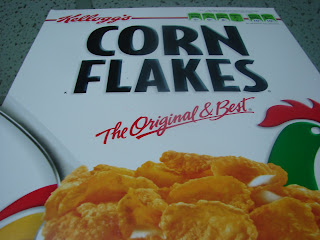 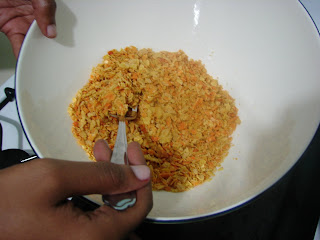 she crushed them both, mixed them up in a bowl and placed the mixture in the line up. 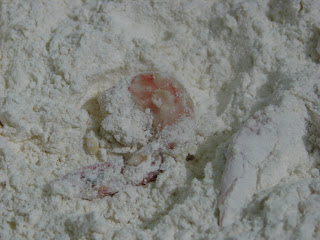 let the coating begin! she started by dipping the pieces in the flour first… 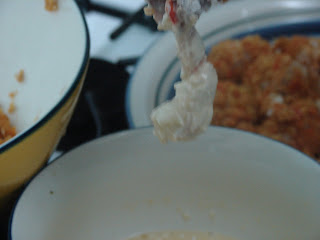 then into the egg mixture… 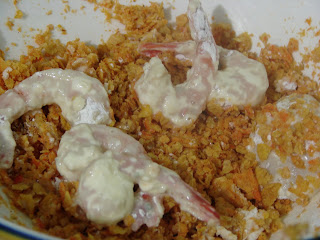 and finally into the cornflakes and tortilla chips. 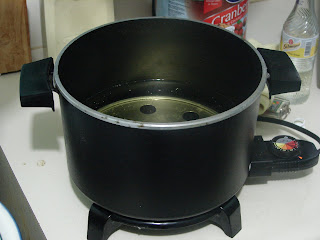 it was now time to whip out a gadget that i swore would not come out until the sentence “ah would hail yuh in a lil bit. ah now headin’ to de gym.” came back into my daily conversations. since it did, it was safe. bring out de deep fryer!! 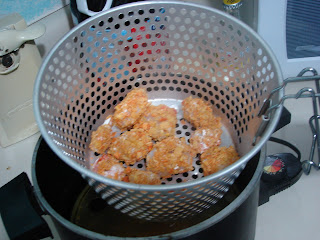 she put the pieces into the basket, 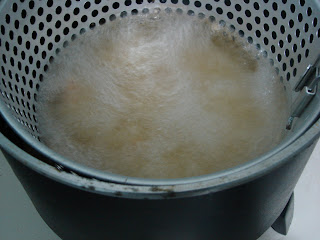 then down into the oil for just a little bit. the shrimp was already cooked, and seafood doesn’t take long to cook in general. 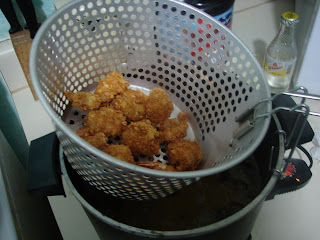 when they came out they were crispy, golden brown and ready. 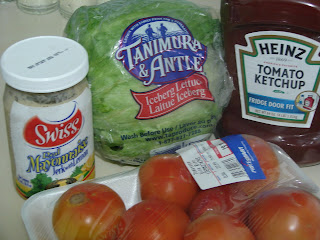 now to build the sandwiches. she took out some iceberg lettuce, tomatoes, ketchup and mayo. 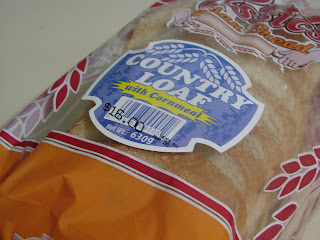 for her sandwich, she went with her favourite: oven classics country loaf with cornmeal. 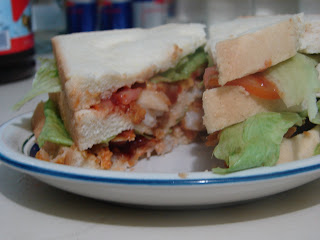 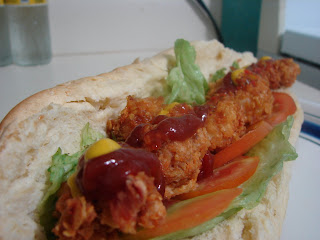 i requested garlic bread from the bakery, which made the mayo redundant. so she left it out for me, but added a slight touch of mustard and a little pepper.


it was a curiously different experience, and a tasty one at that. i’ll be tryin this one out myself sometime in the future.