EatAhFood - BRING IT TO THE RIVER

BRING IT TO THE RIVER 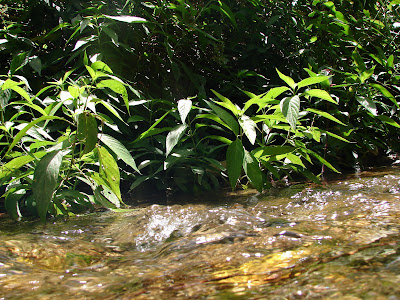 cooking by the river is as fun to do as it is fun to eat. maybe it’s the resourcefulness and creativity that comes into play. probably it’s the novelty of cooking outside. whatever it is, i was reminded of the simple joys a river lime can serve a crew. 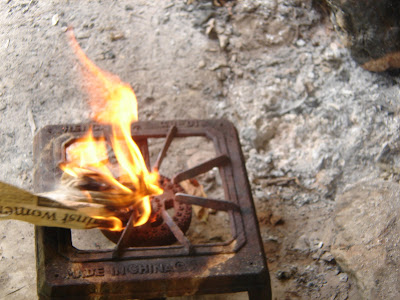 fire was the first order of business. malcolm handled the burner. 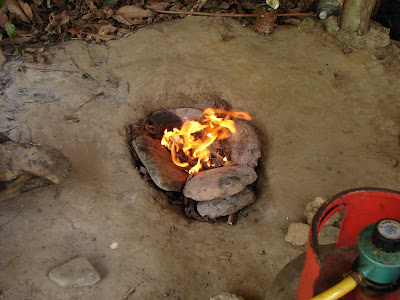 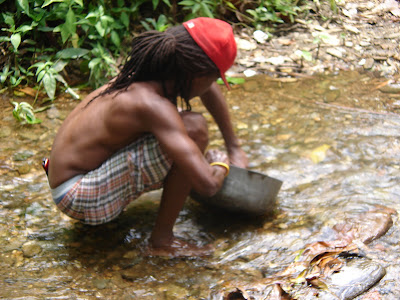 christian washed out the pot with some river stones… nature’s brillo pad. 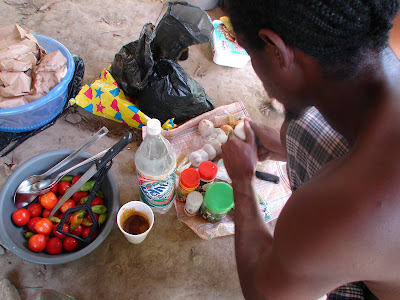 meanwhile, ingredients start to jump off. garlic, onion, pimento and of course the tomatoes for the choka. 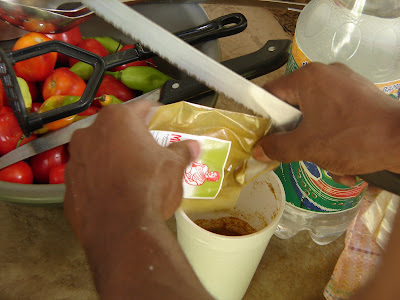 simple madras curry and some fresh water from home. we doh play dat with the river blend. 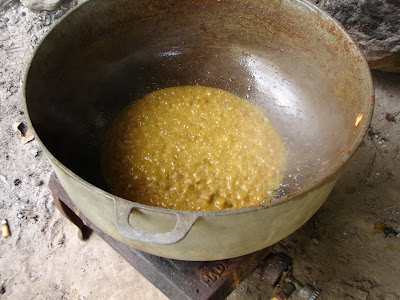 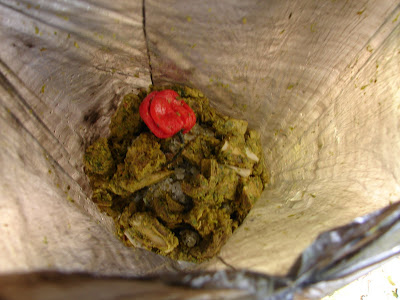 the duck was first up. seasoned from two or three days before (which was when we decided to make the river run in the first place). 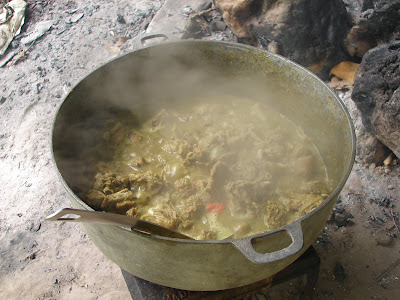 usual procedure… dash in duck, mix up, season up with salt and such, coconut milk and a hot pepper. children were on the scene, so no pepper bursting was allowed. 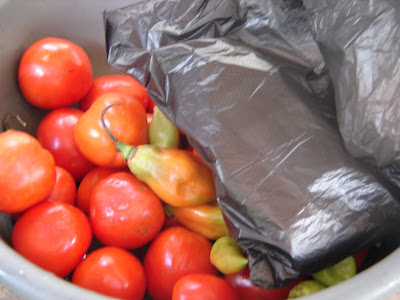 meanwhile, Nyla started to deal with the tomatoes on the small pit. my first experience with roasted tomatoes for choka. 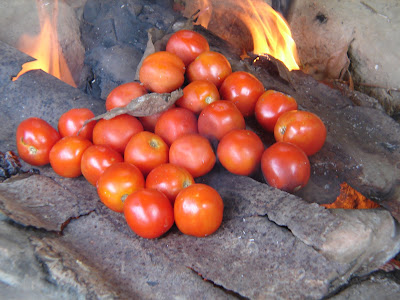 they went on some galvanize until they got roasted and smokey. 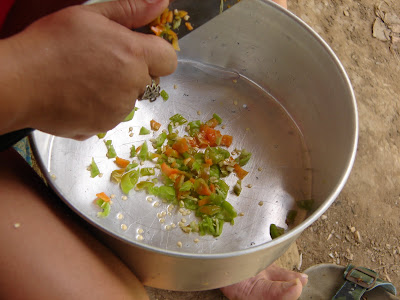 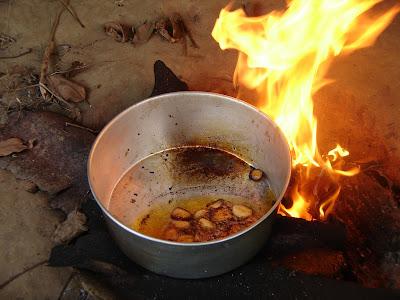 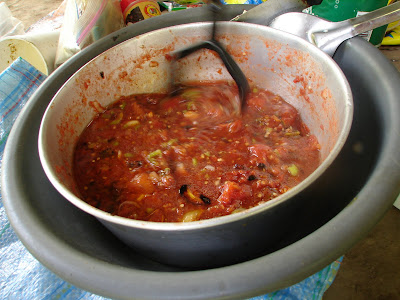 then everything went into the bowl to be mashed together… DONE! 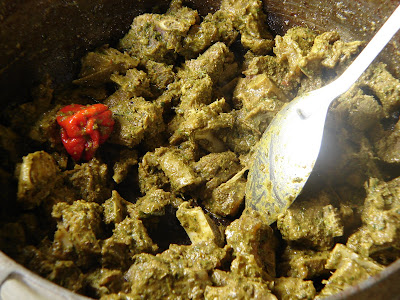 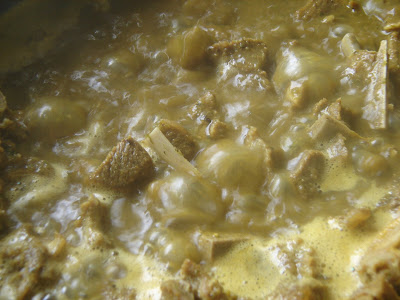 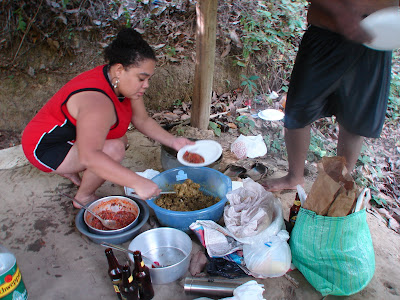 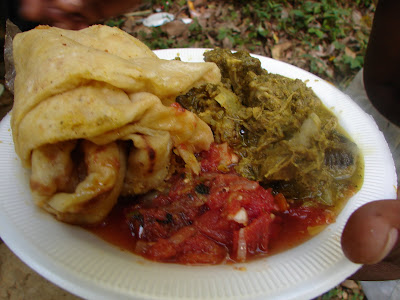 so in the end, the plates ended up with tomato choka, curry duck, curry goat, dahlpuri in some cases, buss up shut in others and curry mango which i got from the trusty roti spot in el socoro. 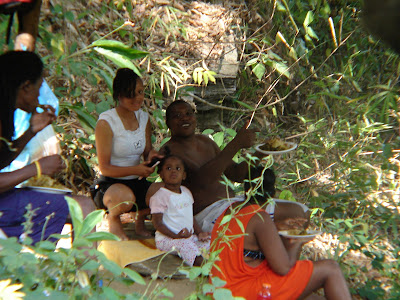 soon, everybody was dealing with matters. 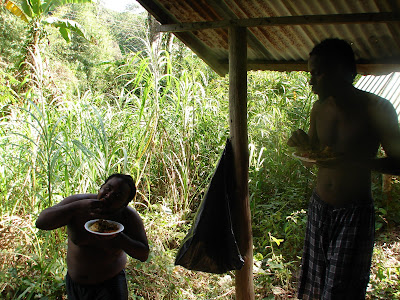 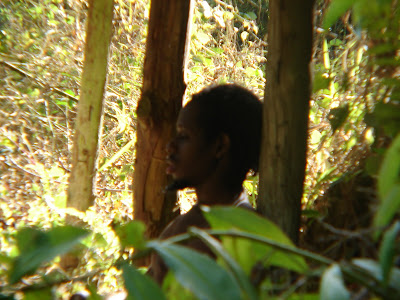 some showed signs of fatigue. 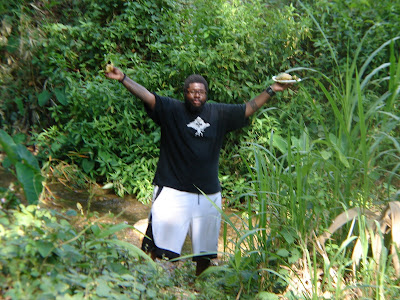 but some preferred to wine on the river bank with food in hand. 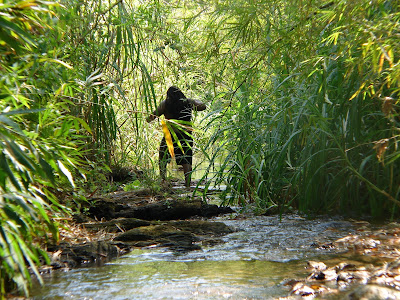 eventually, the day had to come to an end.
it was a good reminder of how much fun a river lime could be.
so until next time “… leh we bubble