i’ve mentioned this more than once before in certain circles and got those looks that say “you’re crazy. that can’t be done.” well crazy maybe, but it can be done, and if you actually give it a little thought, you can put your own twist and make it taste really good too. check it out. 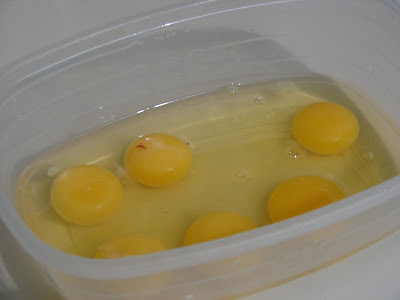 i put six eggs in a bowl. simple enough right? 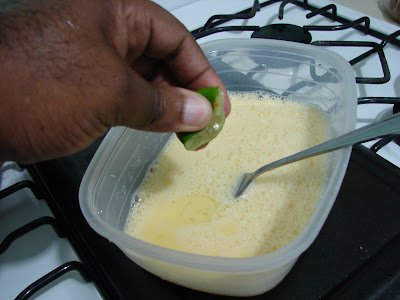 yuh know me with lime. gots to have it. 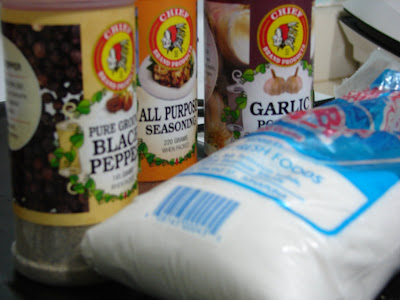 seasoned the eggs up with some salt, black pepper, all purpose and garlic powder. 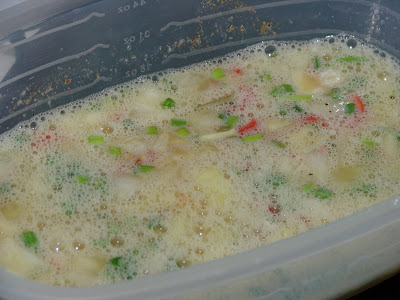 next i put in some chopped pimento, onion and chive 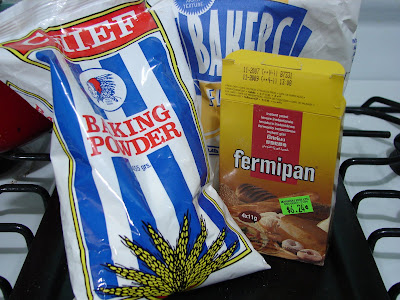 now this is where one might think it gets crazy for some reason… i don’t know why. anyway, how about some flour, baking powder and a lil yeast? 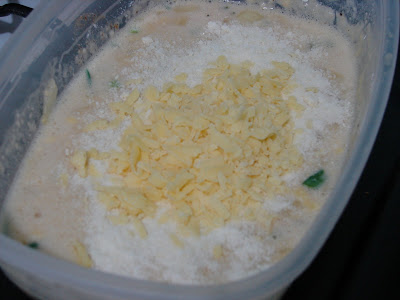 after mixing them in, making sure everything was well integrated into a smooth mixture, i added some parmesan and some cheddar cheese. mixed that in as well. it ends up looking like a rich cake batter. still smooth and fluid, but with a little body to it. 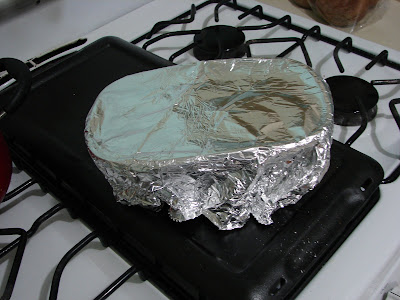 next step, cover it down and let it sit there for a bit, while the oven heats up. 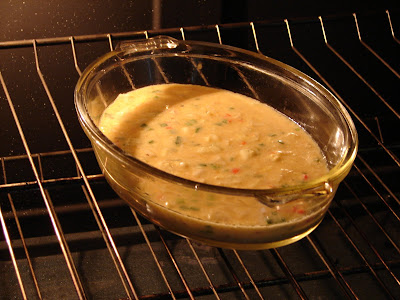 greased up my trusty pyrex dish with a little touch of vegetable oil. just enough for the loaf not to stick while it cooked. then into the warm oven it went. 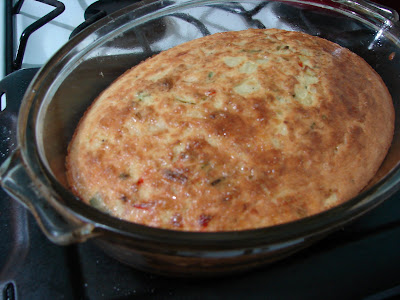 this is the loaf that came out. soft, even brown crust with a light, fluffy inside. not to mention a tempting, cheesy aroma. 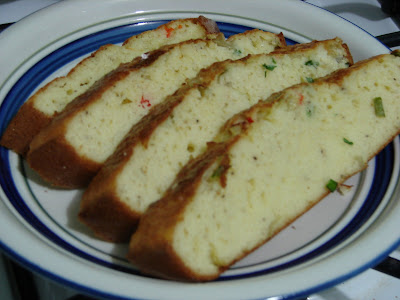 the only problem is, i’m not quite sure how to use it. it’s cool at breakfast with sausage or deli slices and a lil pepper sauce on the side. my father was suggesting that it could be served with a savory ketchup based something like a dip. i was even thinking about making a herb oil with shadon beni, basil and olive oil, drizzling it over a couple slices and trying it with a fresh salad. we’ll see. but for now, let’s just say it can be done and leave it at that. the real lesson here… doh knock it until yuh try it.