EatAhFood - a cauliflower trick for the new year

a cauliflower trick for the new year

once upon a time, my father introduced me to this cauliflower dish. about 10 years later, when i tell people about it, it’s usually new to them. as it makes its way into our new year’s menu all the time, i thought it was a cool entry for the new year. it’s relatively quick and easy, plus it’s a nice way to include veggies in your meal. (ingredients in bold) 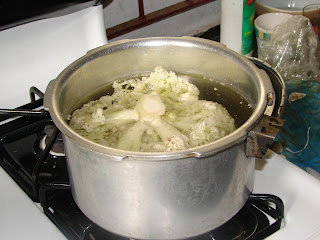 first, you want to select a big cauliflower. use your pot as a guide. it’s simple. get a cauliflower that you can fit into one of your pots. make sense right? yuh just want to boil it in some water to soften it a little, because it has to go into the oven still. 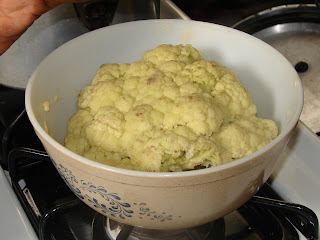 grease an oven safe bowl. and by grease i mean rub a lil butter in it.
drop your cauliflower in with the stem facing downwards… then pause. time to make your sauce. 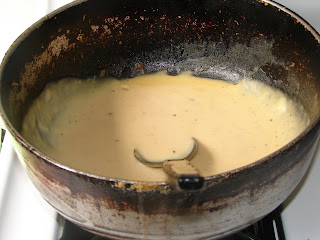 for this you can use a sauce pan, but yuh know how we duz do it right? iron pot! add to the pot (preferably in this order) evaporated milk, a lil butter, some corn flower, salt and black pepper to your liking. flavour it how you like. pops will drop some basil or oregano in there depending on his mode. put some heat on that and give it an occasional stir. you’re lookin for a thickish mixture that’s still fluid enough to pour. 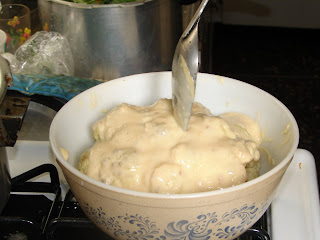 attack your cauliflower with the sauce. spoon it over the top as evenly as you can and allow some of the sauce to trickle down inside. 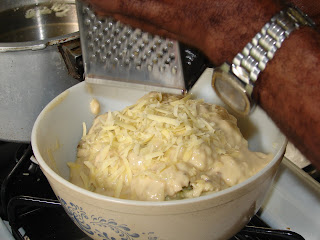 now come at it with some grated cheddar cheese. 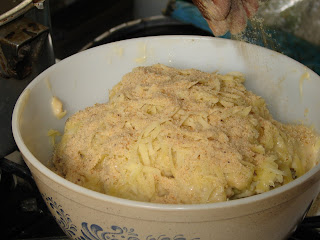 sprinkle with some biscuit crumbs. 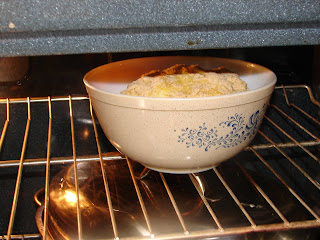 and then it’s oven time. it doesn’t take that long to bake. maybe about a 20 minutes or so in an oven preheated at 350. check for a nice brown colour on the top. 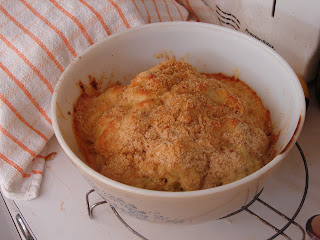 whip that out and it’s on. 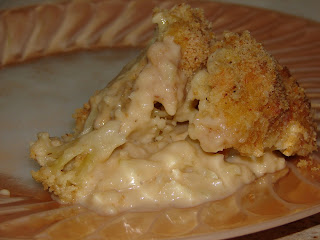 and this is proof that you can teach an old vegetable new tricks.