EatAhFood | so that's why they call it blue food!!

so that’s why they call it blue food!!

they say you live and you learn. i lived that recently when i learned two things:
1. they call dasheen blue food because it looks kinda blueish when it’s cooked.
2. the tobago blue food festival is not a fantastic new thing, it’s been going on for about 10 years now. 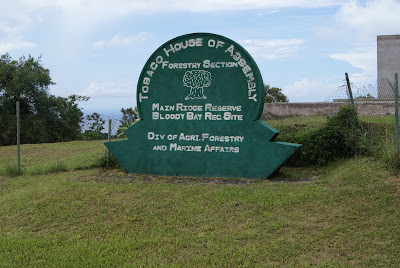 imagine the shame when we pulled up in bloody bay for the tobago blue food festival with questions like “why is it called blue food?” and “are you looking forward to a second event?” what a laugh! luckily we don’t script these reviews, so the questions were quickly abandoned, never to be mentioned again. 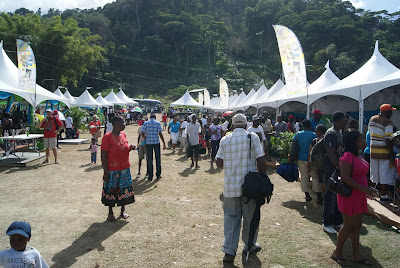 added to that, i learned that the blue food festival is essentially a competition that celebrates dasheen innovation. basically, you have a good few tents of cooks with all the delights you would expect to encounter at a blue food fiesta, as well as some things that we couldn’t have come up with in our wildest dreams. what did we see? thought you would never asked… 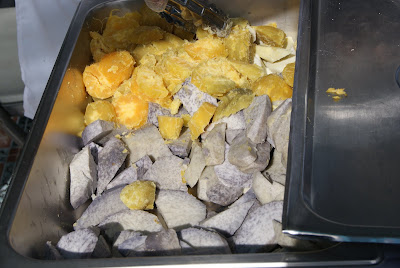 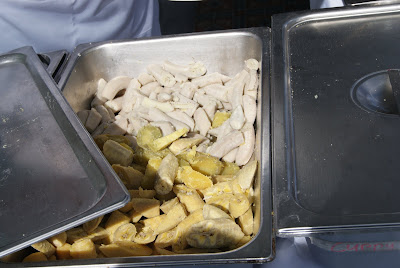 i mean a lot of provision. 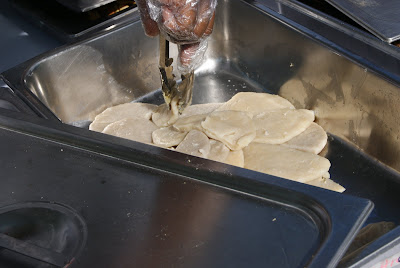 and you know where there is provision, there too shall be dumpling. these were dasheen dumplings though. regular flour and corn meal dumplings were there, but they were so… well… regular. 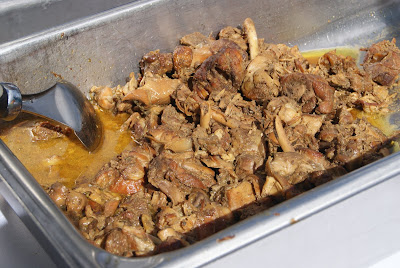 anyway, as stated before, all the usuals were there. stewed yard fowl… 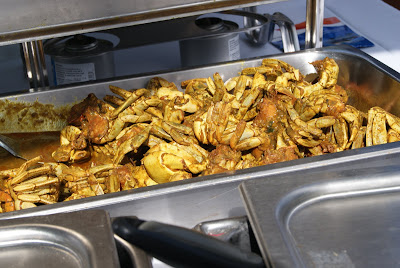 some of the richest looking curry crab i’ve seen… 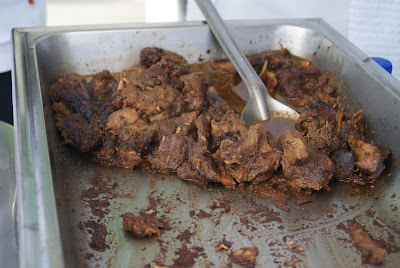 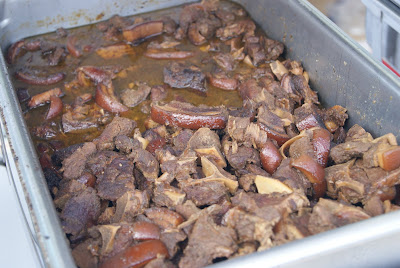 stew pork… plus there was coconut fish and tattoo and lappe and all sorts of wild meat. a lot of which was close to sold out by the time we got there. 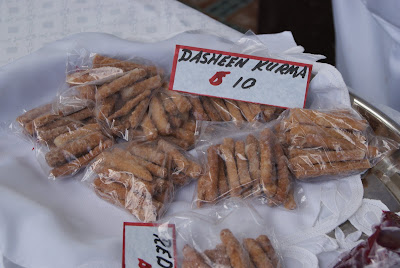 but de real tief head was the innovation. dasheen kurma? wow! but that was just the beginning. 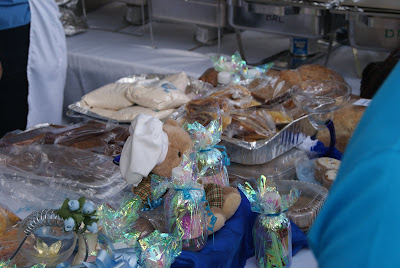 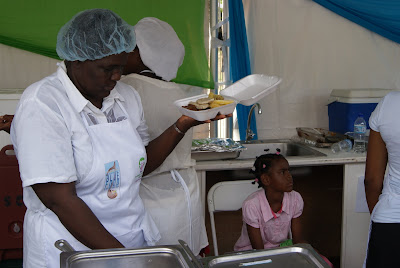 all that food, all that innovation, there was no reason for us not to hit the like button. the event was very well organized and participated by various cooks, which resulted in very satisfied patrons. the attendance was also great. i was shocked to see a lot of people from trinidad as well despite what i’ll say was poor advertising of the event. i mentioned that the taste t&t events would have done well to have some on-topic cooking demonstrations. blue food did just that. various people went on stage and spoke about how they created their innovations. in other words, it wasn’t all just song and dance. despite the hellish sun that seemed like it was sitting on my shoulder, the event was a very enjoyable one. i’ll be sure to be there again next year, this time with a game plan for that sun (a cap) and that food (an empty belly).
check out some of the other stuff we saw here.