EatAhFood - my taste of taste t&t

my taste of taste t&t 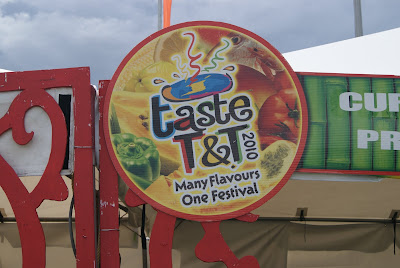 this year, taste t&t took a different direction. instead of what i considered an irrelevant display of all the pricey restaurants this side of the lighthouse plus benihana, tdc took it to the communities. well, kinda at least. for three consecutive sundays, taste t&t issued culinary challenges that intended to name the best fish broth, the best curry duck and the best doubles. now that is what we talkin bout, so we made some trips to check out the scenes. 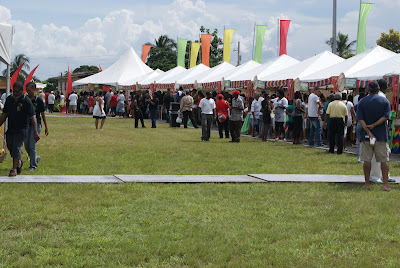 i didn’t go toco for the fish broth competition (but baidawi went, and took some video), so my pics start from the curry duck session in tunapuna. big space. easy layout. i heard the food ran out in toco and there were only two or three stalls. this wasn’t the case in tunapuna. 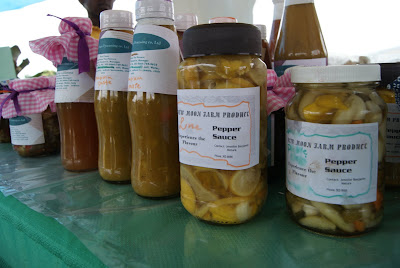 the ever popular jennifer benjamin was there with her range of tasty local products. her tamarind anchar is the shiznit! she has some innovative stuff, like a pumpkin paste that’s a great addition to a pelau, or a nice veggie solution to top some pasta. pepper sauce, original chip chip sugar cake and more, made with secret ingredients and techniques handed down to her from generations. we forgot to pass back for our mango mango juice concentrate sample. next time fuh sure jennifer. 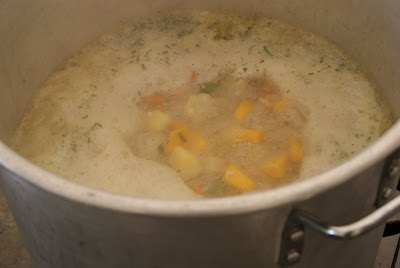 fish broth was in the mix. very tasty broth with heaps of shadon beni, and the fish of the day was fresh blue marlin. 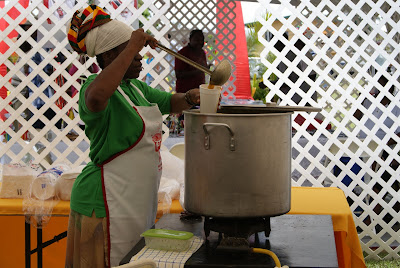 a party ain’t a party without a corn soup too. just the way i like it. all natural. no golden ray and heavily processed razzle dazzle. ital business. 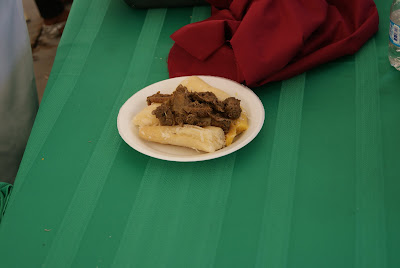 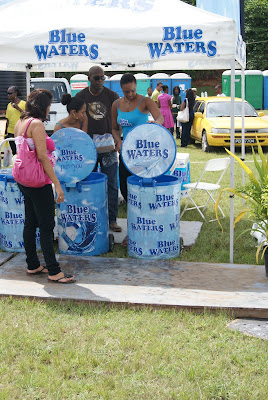 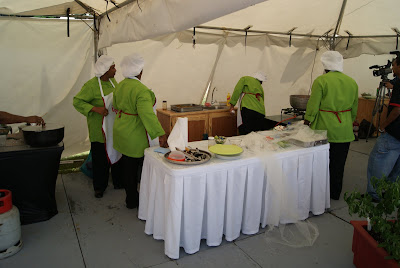 the actual competition happened in the competition zone. teams had to submit their recipes then they were given a time period to create their meals. the judges sampled their dishes and gave their final results based on authenticity, technique, presentation and most of all taste. pretty standard. 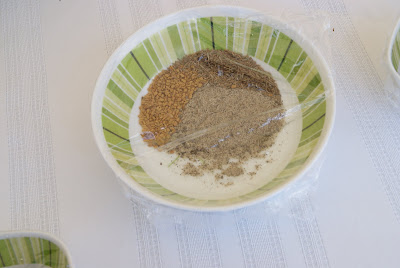 lots of spices were presentt. 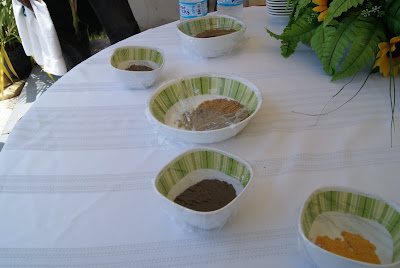 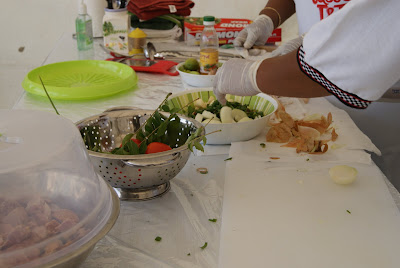 and the usual suspects like onion and garlic and these fellas. 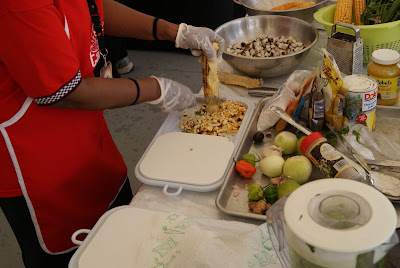 some not so usual ingredients were present as well. 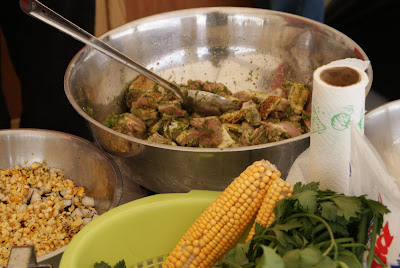 and of course the star of the show… duck. 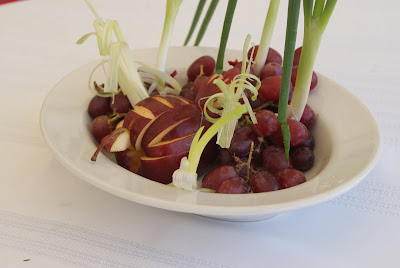 the presentations were cool too. 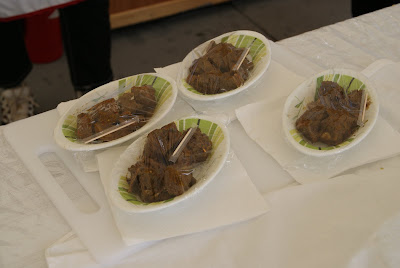 they covered down the judges portions, but i took the damn shots anyway. 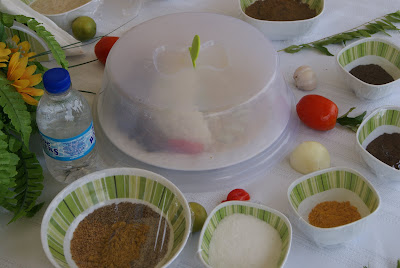 some had their spices on display. i think it created huge appetite appeal. 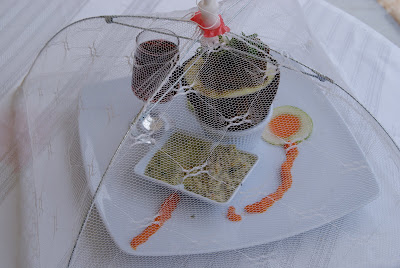 some went the route of creating custom utensils… 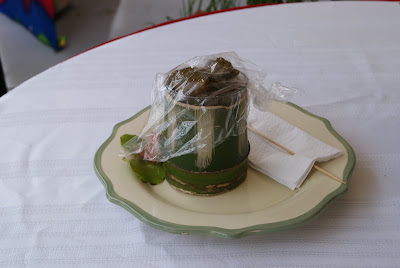 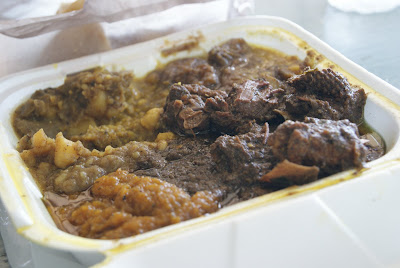 the food though. well the people didn’t get to sample the competition dishes, so it was all judges’ say. but there was tasty curry duck to enjoy, and enjoy we did. 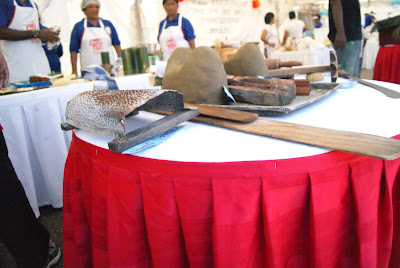 well, on to the next one. the next one being the taste t&t doubles edition in penal. we made the trip to see what was the scene. traditional doubles making utensils sent the message that this scene intended to honor authenticity. 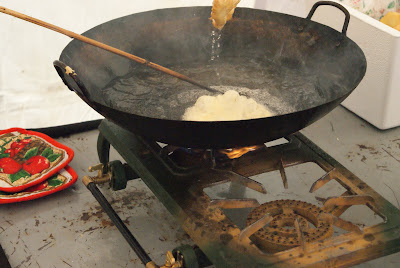 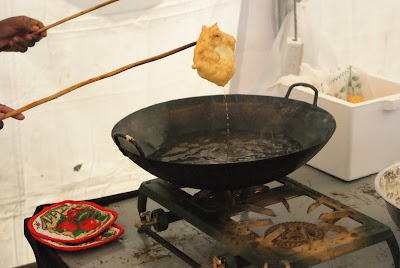 the judges commented that they saw a lot of different methods. some used saffron in the barra… 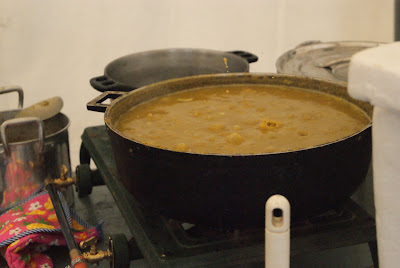 some used curry in the channa… all of them smelled delicious though. 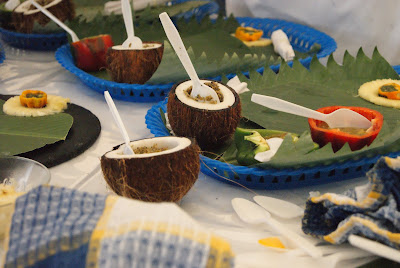 plus, all sorts of chutney, pepper, kuchela and what have you, served with real flair. doubles probably never looked so good. could be because there was none for us too. once again, the competition plates were only for the judges. 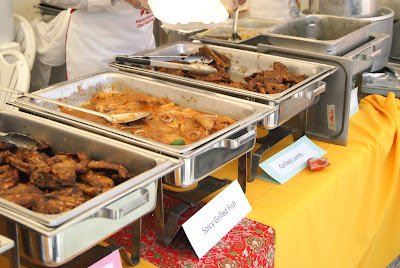 we did however have a wide variety of food that didn’t necessarily conform to the doubles theme. one place sold doubles and pies etc, but i bought a curry duck buss up shut from this tent. somehow, i just can’t say no to a good curry duck. 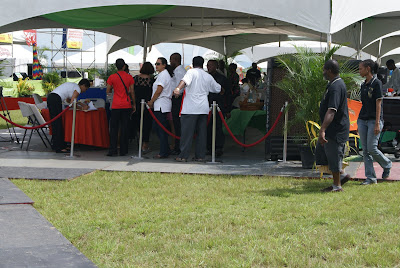 so what is my verdict? well, let me start by saying again that i think the idea was a fantastic one. doing away with the expensive ticket method opened it up to a wider crowd. though they had a VIP section (picture above) which i saw no need for in an event like this, it felt like a much more welcoming event. i also like the fact that local food took the spotlight this time.
the “kitchen stadium” feel with teams preparing their offerings on spot was also an exciting feature. 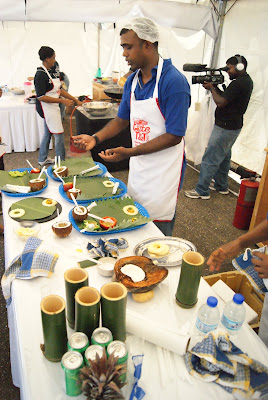 however, there were a few things that i think could have made a better event for me:
1. not enough attention was given to the competition. i was expecting all activity to stop while a ball by ball of the competition cooking was going on. instead, i think the real showdown for the best items went a little unnoticed. i had to ask to find out that the dude pictured above won the doubles competition. who won the duck and the fish broth is still a mystery to me.
2. i would have preferred to see more competitors, not necessarily in that competition zone, but just booths of competitors that the people could walk around and purchase samples or full meals. let the judges call a time and walk around. that way there would be room for a people’s choice award. people like to feel like they have a say too. that would have boosted the experience.
3. and talking about more, i heard that food ran out at the fish broth competition. probably had to do with the fact that they had about 3 food booths or something like that. unfortunate i guess.
4. on a similar note, a lot of people said they didn’t know how, when and where to enter. and i mean people who had booths at the event. some expressed that they would have entered had they known. so i had to wonder, how were the people who competed selected? how do i know the doubles that won is actually the best doubles? i think it could have been a little more credible. even if it was by district.
5. i appreciate consistency and themes. for that reason, i’d prefer not to see oil down at a doubles competition. give me a curry duck competition that serves curry duck all around maybe with other items that compliment that experience. in other words, not a fish broth.
6. personally, i hate “cultural performances” at things like these. especially when one of them is a chutney band that would select a song about “beating pum pum” (analogy to playin a bass pan) at a family event. how about some cooking demonstrations or give me some info like the history of doubles. something to make me appreciate the food experience. if you’re bent on having song and dance, well maybe hire the mighty trini to sing “curry tobanca”, or the youths who put out “doubles with slight” for the doubles competition. but that could just be me and my fete phobia.
anyway, it was still a fairly enjoyable series of events and i will look forward to them next year. hopefully with some upgrades.